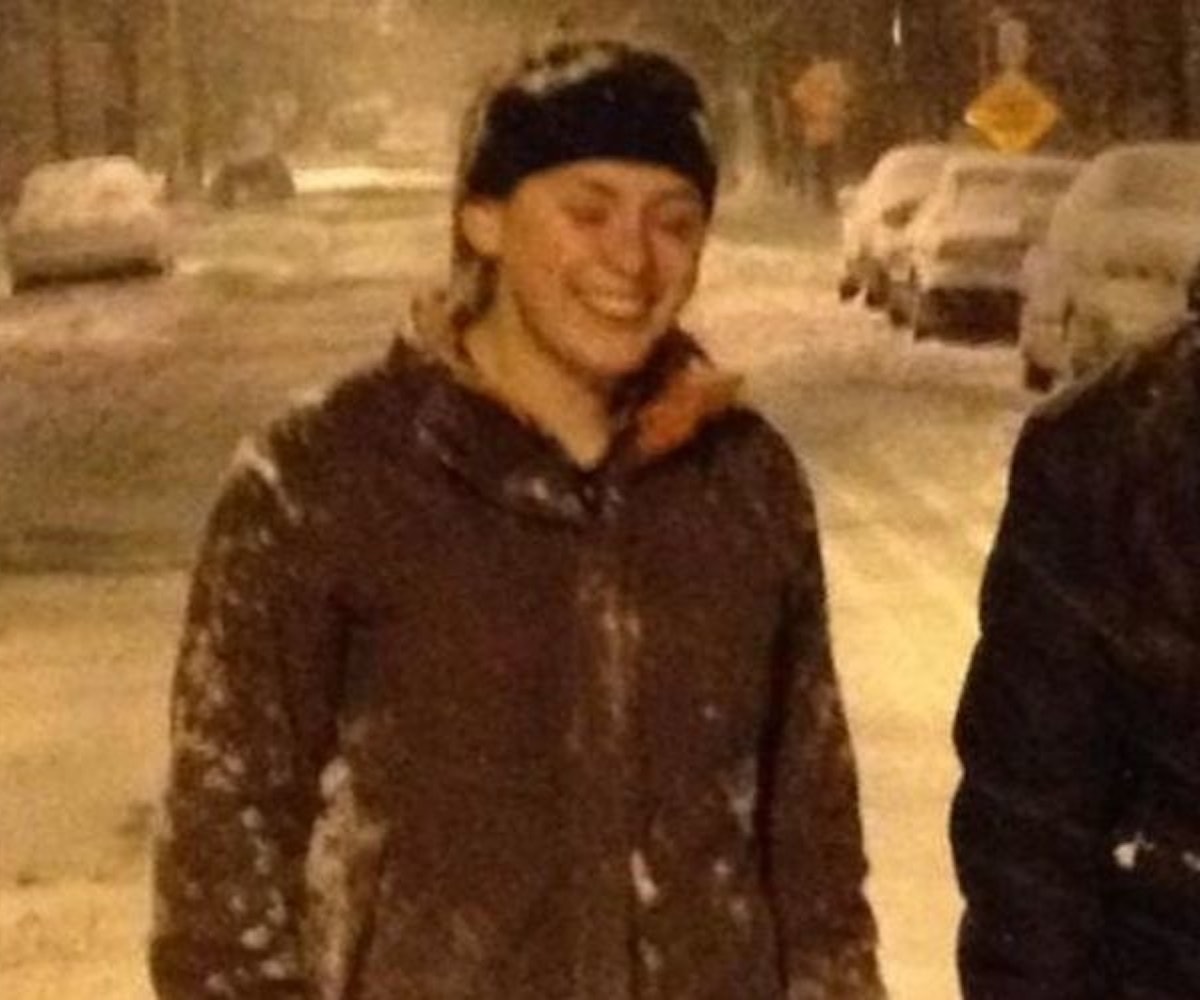 Yesterday, The Cut published an essay by Natalie Beach, a former friend and ghostwriter for internet It Girl du jour, Caroline Calloway. If you don't know who Calloway is, her original claim to fame came from her failed creativity workshop tour and dropped book deal, and, to be honest, everything surrounding her story is kind of uncomfortable and sad, but also, it's left us with some questions that we just have to ask. We don't expect answers. We just want to get it out of our system and never think about it again.

How do you miss three non-refundable flights because of bad winds?

Beach wrote in the essay that, while she and Calloway were in Italy, they "missed three non-refundable flights because of bad wind." What? How? Huh? No.

Who owns a genuine leopard-skin coat and isn't a movie villain?

One of the more bizarre offhand details about Calloway was that Beach wrote that she owned a "genuine-leopard-skin coat." This is either some Cruella de Vil kind of shit, or "some colonialist shit" as @BeeBabs put it. Or, like, it isn't true? Because, maybe Beach just doesn't know that it was probably just leopard patterned? Hard to say.

WHERE are the missing Yale plates?

Apparently, Calloway is obsessed with Yale because she was rejected from it and forced to attend NYU instead. (Ouch!) So, Beach gave Calloway a gift of "three dinner plates stamped with the Yale crest that [Beach's] mom had found outside a campus building," and scribbled "fuck it" in Sharpie on the back. Beach writes: "When Caroline unwrapped them, she broke into tears. Real tears." Fast-forward to weeks later when Calloway told Beach "the Yale plates had been stolen out of her apartment," along with her Exeter ring, but, for some reason, all of her "Apple products and antique furniture" were left behind. Later, Beach saw Calloway wearing her Exeter ring, but the plates were never found. Where are they? No, really. The plate thing is so strange.

Beach writes of Calloway, "I'd always known she couldn't arrive at the airport at the suggested time, be bothered with classwork, take care of the King Charles spaniels she impulse bought, but I had held on to the fantasy that she didn't care about that small stuff because she was busy with the grand plans that would change my life." But, back up for a second: What does Beach mean when she says Calloway impulse bought King Charles spaniels? A dog—or, rather, dogs—is the last thing you should impulse buy! Maybe she is the kind of person to wear a genuine leopard-skin coat after all???

Who rips out carpeting on a whim just to have exposed wood floors?

Clearly, there are plenty of chaotic details to Calloway and Beach's story, but apparently while Calloway was studying in Cambridge, she'd personally "ripped up the wall-to-wall carpet and shoved the squares into her closet because she had always wanted exposed wood floors, but you couldn't even step out of bed without getting splinters." Beach adds, "I spent my first couple of days adjusting from jet lag and pulling shards of wood from my feet with nail clippers."

For someone who sells craft store rip-offs of Matisse on Instagram, Calloway should have considered making Beach a present instead of just regifting old Glossier. Literally so lazy!

Where did Beach work, if not New York's only pencil store?

Beach claims she worked at a pencil store, but the owner of New York City's only pencil store says she didn't. So what's the truth? We will probably never know. But this does remind us of how much we love the smell of a freshly sharpened pencil. So that's nice.

Beach details a meal that she had with Calloway at New York's Minetta Tavern, a place known for its steak and burger. But, Beach says she ate "lettuce wraps" and "pesto minestrone" and... pork belly? Um, no. As Casey Johnston pointed out on Twitter (with an accompanying era-specific Minetta Tavern menu), that couldn't have happened. So, is Beach confusing the restaurant she went to? Or what she ate? Did nobody fact check this?

Is the biggest scam of all NYU?

Beach and Calloway both attended NYU; only Beach graduated, but clearly, the school was the biggest scam of the whole piece, since, even with a BFA, she didn't exactly have an easy time finding work. Apparently, learning to write creative nonfiction only qualifies you to do things like harvest lettuce on top of the Whole Foods, install fences, edit college essays, and package jewelry to be sold at Urban Outfitters.