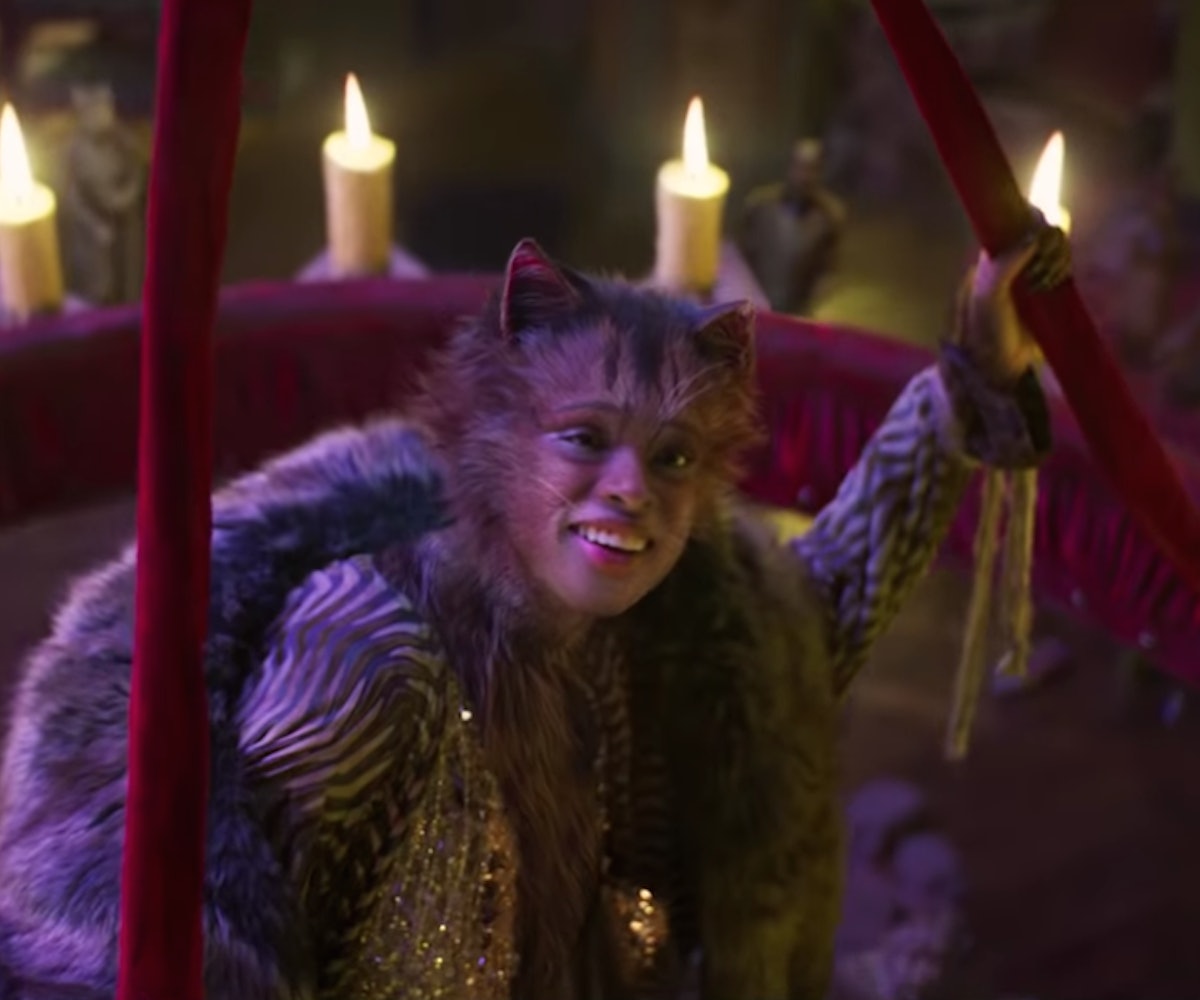 Some things are just not meant to get the live-action treatment. See: the newly-released Lion King. Also see: the forthcoming Cats movie. Following yesterday's release of the trailer, people have noted how weird thehuman-cat hybrids are looking. While I can't promise to rid you of the nightmares you'll have from watching Taylor Swift, Idris Elba, and more pretend to be human-like cats, these memes might at least ease your pain.

Real-life cats wouldn't even buy into this BS. The Cats characters are just creepy digital imposters.

Your therapist may tell you that James Corden's cat likeness "isn't real" and that "he can't hurt you," but have you seen him? He's definitely dangerous.

When Louis Virtel wrote, "I don't know why you're all freaking out over miniature yet huge cats with human celebrity faces and sexy breasts performing a demented dream ballet for kids," I'm pretty sure he figured it out immediately after reading it back to himself.

No, Swift as a cat is not "lowkey hot," and I never want to read those words ever again.

This movie looks scarier than anything Ari Aster or Jordan Peele could ever think of. Can't wait to panic in the theater.

TBH, I'd much rather house cats in shiny tights than whatever that trailer showed.

Suddenly, I'm realizing that some "jokes" made about Cats in the pastwere actually spot-on. Particularly, when Titus heard on Unbreakable Kimmy Schmidt that the entire show was made up and that "we just do some poppers and say whatever comes to mind."

Joe Lo Truglio was robbed of his chance to shine in this movie.

This is not that far off from the trailer.

Maybe furries don't find this amusing either? Maybe, as YouTuber Daniel Howell suggests, these live-action characters "are a coordinated effort by the government to deprogram furries through sheer horror." Interesting, but I think he might be giving the government a bit too much credit.

Comedian Jaboukie was temporarily suspended from Twitter for giving the realest take of all, and I think it was worth it.

In the end, all of this horror is what we really deserve. "Search deep within your soul & think of your darkest secret—the one thing you've done in your life that nobody would ever forgive you for," Tyler Oakley wrote on Twitter. "We all have something. This Cats movie is our collective punishment. Karmeow, if you will."