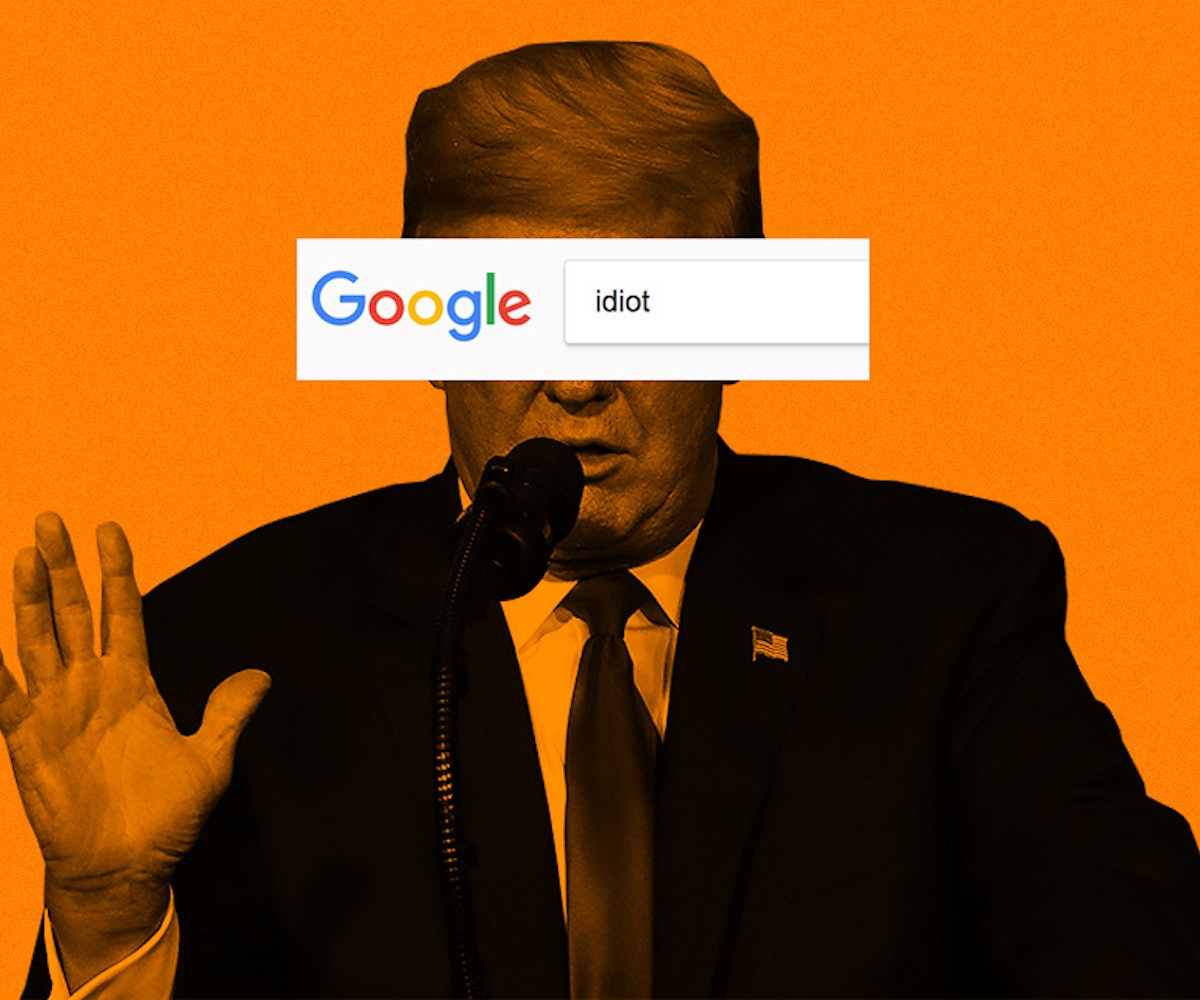 According to Huffington Post, Congress wanted to know why searching the term "idiot" on Google Images resulted in photos of the president, and Google CEO Sundar Pichai had the unfortunate task of finding a polite way of putting what it is we're all thinking: It's because he's an idiot.

Instead, Pichai said, "We provide search today for any time you type in a keyword. We, as Google, have gone out and crawled and stored copies of billions of their pages in our index, and we take the keyword and match it against the pages and rank them based on over 200 signals." In other words: A lot of people on the internet have used Trump's name and "idiot" in tandem.

I cannot imagine how hard Pichai had to try to stifle back laughter when Representative Zoe Lofgren suggested "a little man sitting behind the curtain" was causing the POTUS to appear atop such a silly search, but he persevered with only the slightest grin, noting that the company does not "manually intervene" in any search results.

Since the news broke of this congressional explanation, Trump's face has now taken over the "idiot" Google Images search. Congrats, idiot: You played yourself.