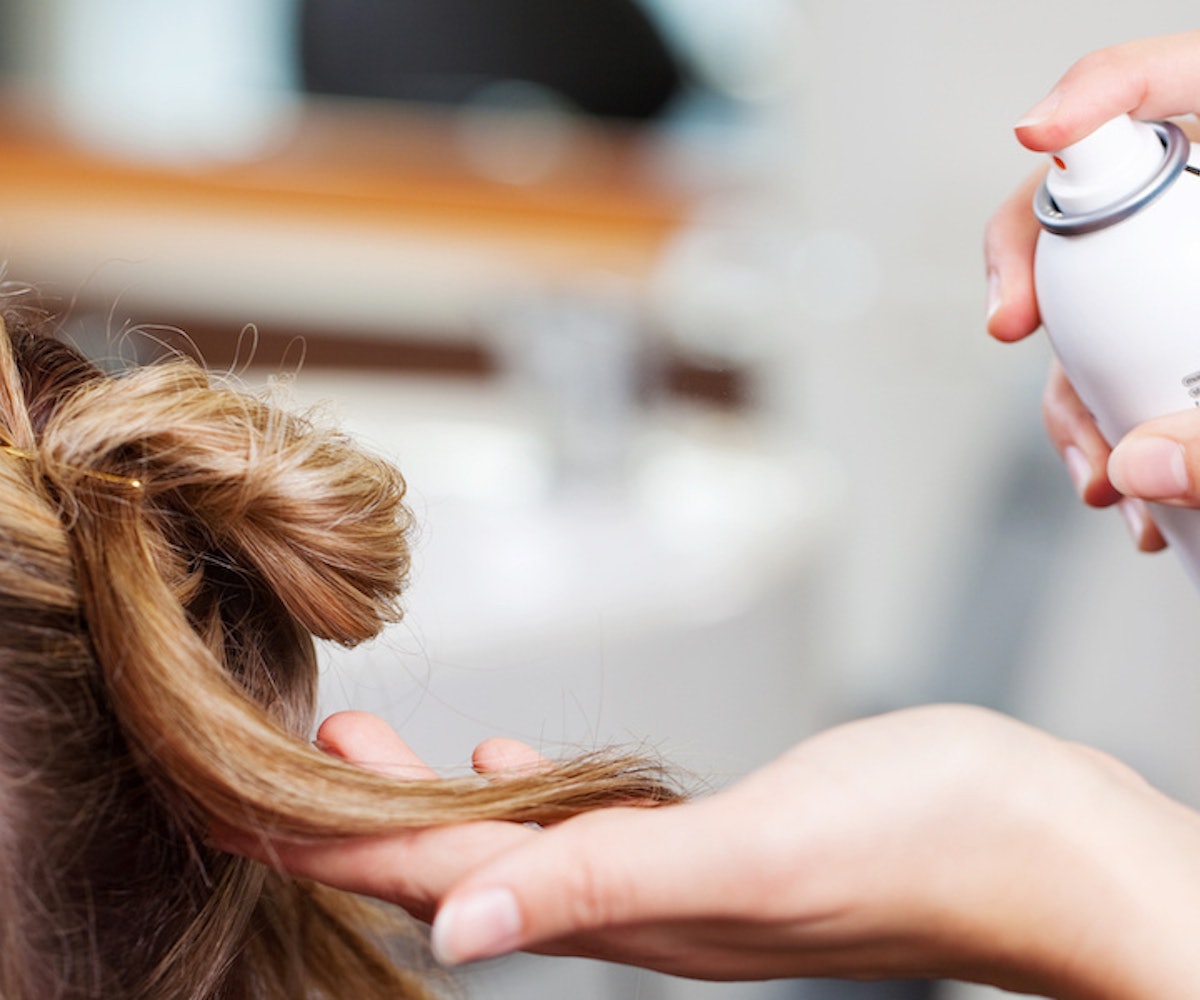 A can of dry shampoo spray totaled a car after being left inside its middle console, making a strong case for reading the warnings on the back of our beauty products.

Christine Bader Debrecht of St. Louis, Missouri, was confused as to what could have caused the sunroof of her 19-year-old daughter's car to develop a giant hole and have the console blown off its hinges. "It looked like a tornado hit the inside of the car," Debrecht told local news channel KTVI. At first, the severe damage left Debrecht thinking that something fell from the sky, but, upon finding white residue all over the vehicle, she realized it was the haircare staple that was the culprit.

In a post to Facebook, Debrecht detailed the damage in a series of photos. "It was hot yesterday and the can exploded," Debrecht wrote. "It blew the console cover off of its hinges, shot through the sunroof, and went high enough in the air that it landed about 50 feet away."

"I just want to remind you (and your kids) to heed those warnings on products you may be using," Debrecht added, urging her Facebook friends not to "leave aerosol cans (and especially dry shampoo, as this seems to be an issue with some brands) in your car!" She ends her post by expressing how grateful she is that no one got hurt from the explosion.

There's a reason that aerosols that are flammable or otherwise hazardous are banned on airplanes. Changes in pressure and temperature can cause the propellant in the can to explode—as seen in Debrecht's car—so any environment where you're not controlling the temperature is probably not best place to store a spare bottle of your go-to beauty staple.