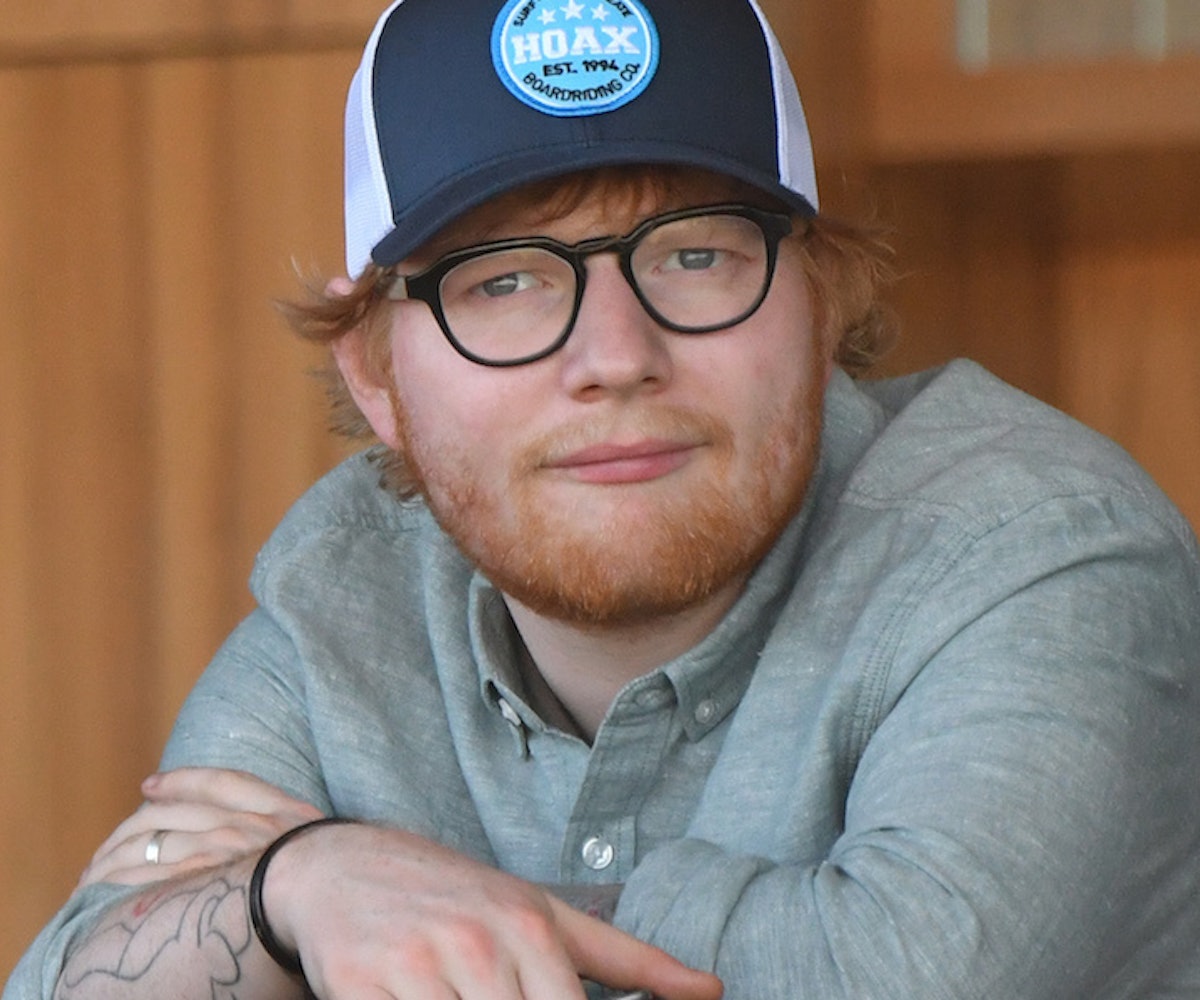 Ed Sheeran has ranked amongst the top artists chosen to be played at send-offs for the recently deceased in the U.K. Per a new report by The Guardian, Sheeran has joined the ranks of Frank Sinatra, Nat King Cole, and Bette Midler for creating the most-played funeral tunes with his song "Supermarket Flowers."

Fittingly, the song is written about mourning the loss of Sheeran's grandmother through the eyes of his mom: "So I'll sing Hallelujah/ You were an angel in the shape of my mum/ When I fell down you'd be there holding me up/ Spread your wings as you go/ When God takes you back/ He'll say, 'Hallelujah, you're home.'"

That being said, please, do not play Ed Sheeran at my funeral. Believe me when I say that I will haunt you for all of eternity if you celebrate me to any one of the depressing songs from his discography. Any other song from the top 10 list shared by The Guardian would be more suited to my taste. Midler's "Wind Beneath My Wings" may be overplayed, but heck, if it's that or Sheeran? Why not.

Back in 2018, researchers confirmed that Sheeran's music was also perfect for putting listeners to sleep. So... is it too soon to make that joke? Yes? Okay.