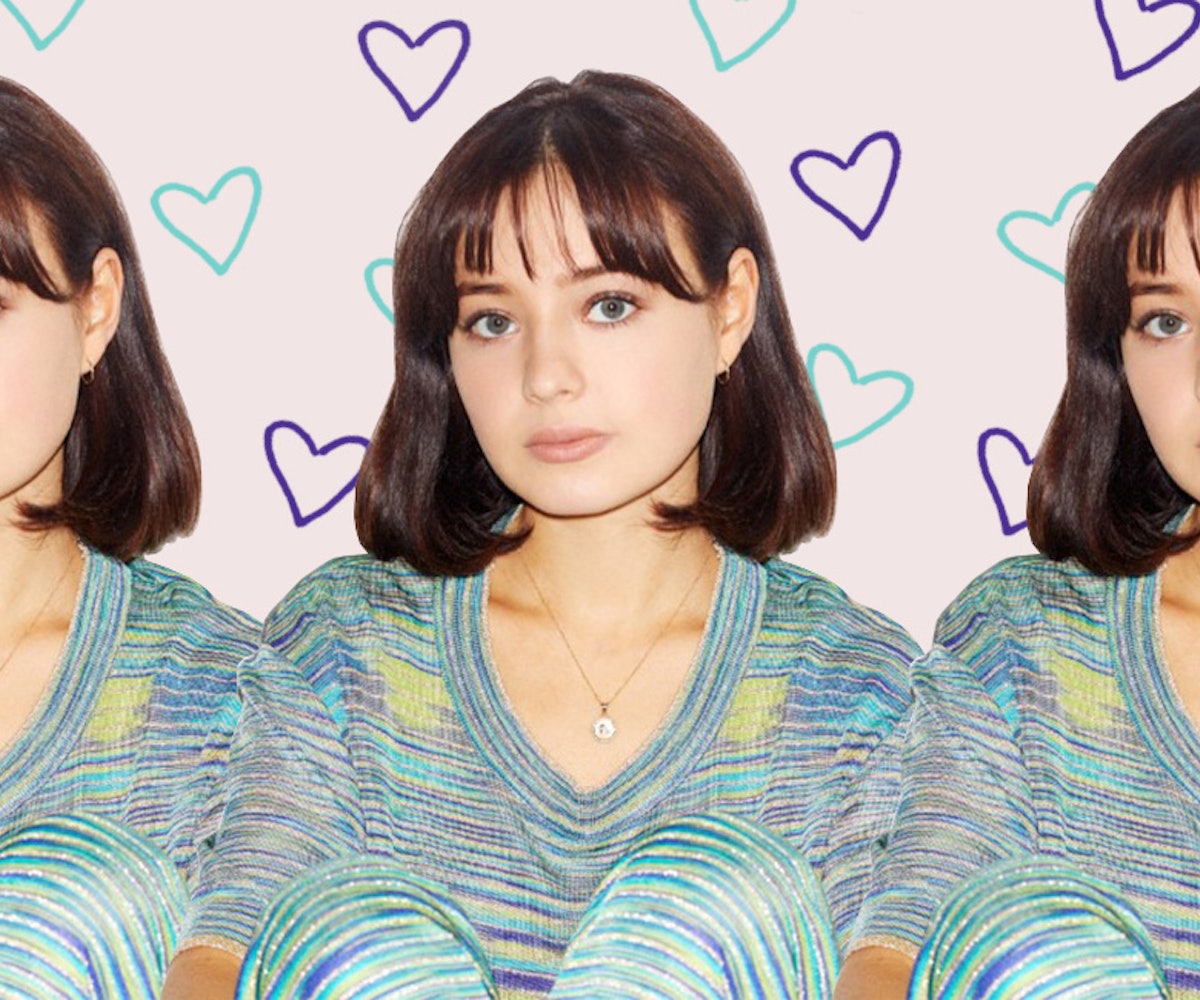 Raised by her single dad in Seattle, Kelly attended Catholic school, where there was little formal sex education, leaving her to have to figure it out on her own. "The community that I was raised in was so uber-sexualized, but at the same time no one wanted to talk about it," Kelly said to me. "A ton of people got pregnant, had a lot of sexual assaults, and had a lot of STIs, things that felt very avoidable if we had the necessary conversations. For any information I wanted about my own body, puberty, or sex, I had to dig. I had a genuine need for this information, which was what made me interested."

While Kelly might have had a particularly difficult time accessing information (Catholic school plus growing up with a single dad is hard on a young girl), Kelly wasn't alone in her lack of knowledge, and she soon realized that many of her friends had the same issues as she did. "There is a lot of ignorance and shame around sex," Kelly told me. "People fear their own desires, so they will not talk to their kids about it and then leave it up to our broken school system. It's a very layered problem." So, like any good millennial, she decided to take her curiosity to Tumblr, where she soon started to dole out her own advice.

Kelly never expected the casual advice she offered on her Tumblr to transition into a career in sex-ed. But, when she was just 16 years old, she started responding to questions on Tumblr like "How do you prepare for sex?" and pulled from her own personal experiences as candidly as possible. "I don't care what people think. The people who are getting something out of my posts are the only ones who matter. No one is going to say anything to me as bad as the shame I got from people in my Catholic community," Kelly said. By the time she was 20, she decided to bring her online persona from Tumblr to Instagram as @KillerandaSweetThang—a name she took from a Too Short song in an effort to rebrand its misogynistic meaning.

But it was not until Kelly moved to New York to attend The New School that she realized her passion could make her the Dr. Ruth of her generation. "In my freshman year sex-ed class we learned how to use a condom with a transgender person," she said. "I had never even heard what transgender was, which is so sheltered. I was like, 'Okay. This is what I want to put my energy into. This is what I love doing and what I need—and what my friends need.'" Her desire to learn even more about sex and use that information to educate others is what spurred the blog, where, Kelly said, she would "put up little things about 'What is herpes?' and 'What is HPV?' and then talked about some of my personal experiences with my sex life."

When her Instagram following and blog readership soared, Kelly knew she needed to expand her team. "I realized how singular my view was. I am a white, cis woman and, sure, I can share my experience, but it's only one experience, and I think anyone should be able to come to the site and find a piece that resonates with them," she told me. Now, with close to 80 contributors, Kelly and her editorial director Jacob Seferian have expanded the KAAST Instagram, and even developed a new one named Birds and Bees. While initially designed as an app, the Birds and Bees Instagram gives readers and followers of KAAST a forum to anonymously discuss sex-ed as a community. "It's a daily dose of sex-ed," Kelly said. "Birds and Bees is another umbrella underneath KAAST. We're moving toward being a full-service media company. We're starting a podcast, possibly doing a TV deal, and I go around and speak at schools. We're working toward being as multifaceted as we can."

And Kelly's followers agree with her. "People are willing to share so much with me, but I'm technically a stranger on the internet. It's insane," Kelly laughed, but then got serious as she recounted the ways this forum helps people who are really in need: "I remember, I received different DMs of stories of domestic abuse. People will message me really long messages saying how reading our stories makes them feel a lot less alone online."

With a podcast on the horizon, Kelly is looking to continue her domination of the millennial sex-ed sphere by offering as wide a range of experiences as possible. "We will be highlighting people's different sexual identities and allowing them to speak about that, hopefully erasing or tackling some of the taboo around certain sexual experiences and styles," Kelly explained. And if the podcasts are anything like her Instagram feed, we can expect that hundreds of thousands of people will soon be tuning in.