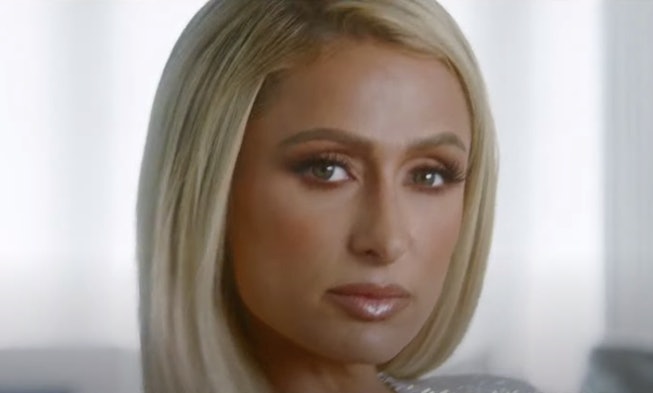 NFTs have made their way into the film industry. This month, the producers of 18 & Over — an upcoming indie-slasher starring Ashley Benson — are celebrating the movie's launch with a digital art drop that comes with exclusive streaming access.

Below, we’ve broken down everything you need to know about the upcoming campy-horror flick. Keep reading for details about the film's plot, cast, and buzzy NFT package.

The plot of the upcoming film is a cam-girl’s worst nightmare. Per the synopsis, 18 & Over stars Benson as Vicky, a young woman who books what is supposed to be a relaxing stay at a remote cabin, following an emotional breakup. During her retreat, she models lingerie for an adults-only streaming service (called 18 and Over) to make extra money. All seems to be well at first, but things take a dangerous shift when the power goes out during a live stream, and Ashley realizes she’s being stalked by a masked murderer.

The NFT package for 18 & Over comes with an exclusive screener.

According to Variety, the makers of the film have partnered with digital artists to create a collection of NFTs that are inspired by the movie. There are 10,000 limited-edition NFTs up for grabs, and anyone who purchases them will also be given a private two-month streaming window to watch 18 & Over. The NFTs are reportedly $263 each and will go on sale on August 5th. Fans who purchase the art will get access to the “collector’s cut” starting August 12th.

18 & Over features an impressive, celebrity-filled, ensemble. Benson is joined by a league of her famous peers, including Winnie Harlow, Pamela Anderson, A$AP Nast, G-Eazy, Paris Hilton, and Sky Ferreira.

Watch them try to survive the night, in the trailer below: