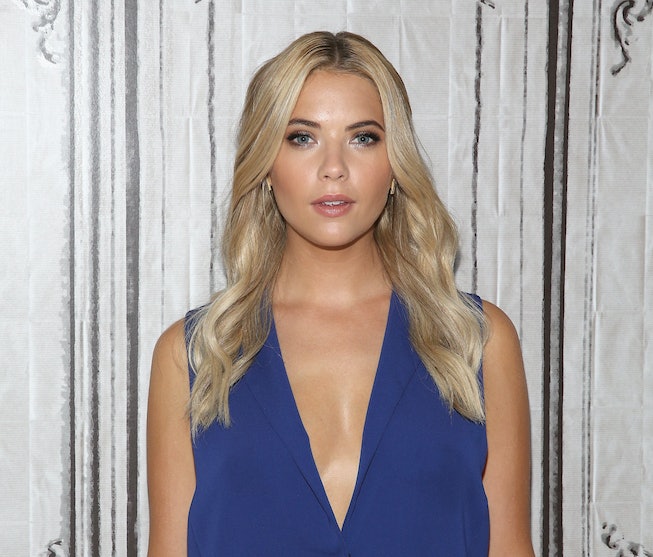 We always knew it would only be a matter of time before films inspired by the pandemic began to hit our screens. But at least in the case of 18 & Over — an upcoming film co-created, produced by, and starring Pretty Little Liars alumni Ashley Benson — the pandemic is merely used as an entry point. Directed by Jimmy Giannopolous, the indie horror is described as a “pandemic-inspired slasher film” and was written by Giannopolous and co-creator Diomedes Raul Bermudez.

The film marks a reunion for director Giannopolous and star Benson, who previously worked together on the director’s debut film, The Birthday Cake, a Brooklyn crime thriller set to premiere later this year. And just as it was in The Birthday Cake (which also stars Ewan McGregor and Lorraine Braco), Benson will be joined by an impressively recognizable cast in 18 & Over — including legends like Paris Hilton and Pamela Anderson, models like Winnie Harlow, and musicians like Sky Ferreira, A$AP Nast, and G Eazy. G Eazy also composed the film’s score.

The already stacked cast is rounded out by Life As We Know It’s Jon Foster, It Follows’ Jake Weary, Boogie Nights’ Luis Guzmán, Elephant’s John Robinson, and Us breakout Duke Nicholson (who is probably better known as “the grandson of Oscar winner Jack Nicholson” and “the man standing on a boat next to Lana Del Rey on the album cover for Norman Fucking Rockwell”).

Speaking about the upcoming horror, Giannopolous said, “After deciding to shoot this film in the middle of the pandemic, we wanted to make something that would be fun but still a terrifying slasher for audiences during these tough times.” Though plot details are still relatively scarce for the new title, Deadline reports that the film takes place “when quarantine leads to a night of terror.” Additionally, Giannopolous hinted that it will be “relevant to today’s issues of a global pandemic, reality shows, isolation, OnlyFans, and obsession.”