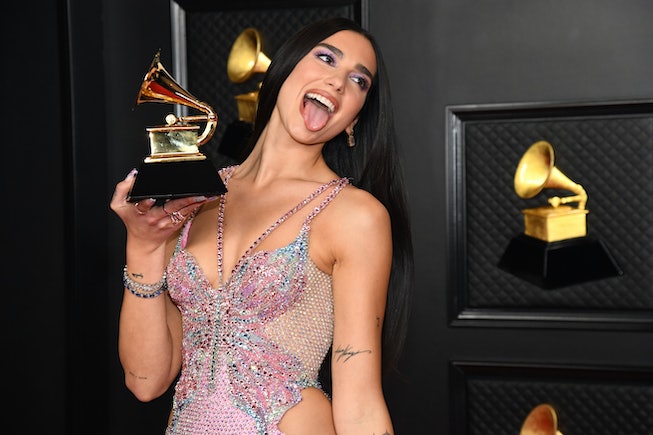 The nominations for the 2022 Grammy Awards are here, and filled with plenty of surprises.

Jon Batiste leads the charge with 11 nominations total — kismet as he noted on Twitter given that he was born on 11/11. Justin Bieber, HER and Doja Cat follow with eight nominations each, including Album Of The Year nods for all three. Billie Eilish and Rodrigo are next, with seven nominations each.

The live ceremony will take place on Monday, January 31, 2022 at the venue formerly known as the Staples Center in Los Angeles. There have been quite a few changes to the Grammys since the 2021 ceremony, including the Recording Academy’s announcement that it will end its practice of secret-committee nominations in its Big Four categories. The Academy also announced two new awards — for Música Urbana and Global Music Performance, in addition to updating its book of guidelines to ban sales figures and chart numbers from being mentioned in “For Your Consideration” ads. It’s also the first year the ceremony has an inclusion rider, after the Academy increased its voting body to include more voters from “traditionally underrepresented groups.”

The Grammys have faced its fair share of controversies over the years, including the stepping down of former Grammy chief Deborah Dugan following a legal dispute. Recording Academy President and CEO Harvey Mason, Jr. now leads the ceremony.

Last year, The Weeknd joined the growing list of artists who disavowed the entire ceremony, after his After Hours album was snubbed. This year, controversy is already brewing as Kacey Musgraves’ Star-Crossed album was excluded from the Best Country Album category — though her devastating song “Camera Roll” was nominated for Best Country Song.

Read on for the full list of 2022 Grammy nominations, updating live, below:

“I Still Have Faith in You,” Abba

“I Get a Kick Out of You,” Tony Bennett & Lady Gaga

“We Are,” Jon Batiste

“I Get a Kick Out of You,” Tony Bennett and Lady Gaga

“If I Can’t Have Love, I Want Power,” Halsey

“Know You Better (Live From Capitol Studio A),” Black Pumas

“Nothing Compares 2 U,” Chris Cornell

“No One Sings Like You Anymore Vol. 1,” Chris Cornell

“We Are,” Jon Batiste

“You Can Do It,” Caribou

“Call Me If You Get Lost,” Tyler, the Creator

“Forever After All,” Luke Combs

“All I Do Is Drive,” Jason Isbell

“You Should Probably Leave,” Chris Stapleton

“If I Didn’t Love You,” Jason Aldean and Carrie Underwood

“Chasing After You,” Ryan Hurd and Maren Morris

“A Tribute To Bill Monroe,” The Infamous Stringdusters

“Music Is What I See,” Rhonda Vincent

“Beauty in the Silence,” Soja

“Thanks For Risking Your Life,” Lewis Black