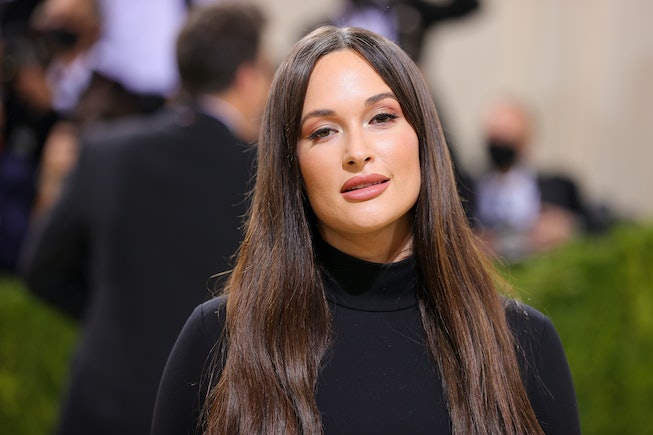 Well, well, well. Despite its near-universal critical acclaim, Kacey Musgraves’ recent album star-crossed will not be receiving any Grammys love come next year — at least not in the country-specific categories. According to recent reports, the Recording Academy has deemed the singer’s latest release ineligible for the Best Country Album Grammy Award.

So what’s going on with star-crossed?

According to Billboard and Variety, the decision to make the album ineligible was made last week during the Academy’s annual screening committee meeting. While discussing Musgraves’ latest, the committee apparently decided that the album did not fit into the confines of the “country” genre. (Though it will not be eligible to compete in the country categories, the singer is still welcome to submit star-crossed in other genre-nonspecific categories.)

Expectedly, not everyone is okay with this. Cindy Mabe, the president of Universal Music Group Nashville (the label that has released all of Musgraves’ previous studio albums), has stepped up to protest the ruling. “This decision from the country committee to not accept star-crossed into the country albums category is very inconsistent and calls into question the other agendas that were part of this decision,” she said in a letter addressed to Recording Academy CEO Harvey Mason Jr.

According to Mabe, this recent decision has larger ramifications for both the ceremony itself and for “a format struggling with change and inclusivity overall.” As she mentions, country music has long had issues in terms of representation, especially in matters of gender and race. For a recent example, the UMG president points to this year’s controversy regarding Morgan Wallen, a chart-smashing country artist who rightfully came under fire after a video leaked of him using a racial slur. Noting how this heinous incident actually helped Wallen’s career (he gained more fans and his album stayed on top of the Billboard 200 charts for ten weeks), Mabe stressed, “THIS IS NOT ALL THAT WE ARE.” Meanwhile, Musgraves, who Mabe describes as “an extreme revolution,” stands out for the better. “She has taken the lead role of lighting the way of success in a format that has been so restricted by rules of who’s allowed in and what they can sing about.”

Besides, according to Mabe, star-crossed is still a country album anyway. “Sonically, it’s got more country instrumentation than Golden Hour which won Country Album of the Year in 2019,” she adds, pointing out that both albums were mixed and mastered by the same team, in addition to “completing each other with Golden Hour telling the story of falling in love and star-crossed telling the conclusion of the breakup.” As she astutely points out, “There is no departure in sound from these two projects. This album was consistently classified as country throughout its metadata and overall labeling across the DSP accounts and partners.”

Before signing off, Mabe said, “I haven’t slept all weekend because I’m really sad for our format. I’m sad for fans of our music and the ramifications of how we’ll continue to define success in country music. This short-sided, biased decision will send ripples throughout our format to continue to insure that the message is sent that country music can only be for the limited few that enjoy the same perspective.”

This most recent kerfuffle is just the latest in a seemingly endless line of controversy circling around around The Grammys. Ahead of this year’s pandemic-delayed ceremony, R&B-crooner-cum-pop star The Weeknd called out the awards-giving body for completely snubbing him despite his 2020 album, After Hours, being undeniably massive (as evidenced by its string of back-to-back chart-topping hits). Convinced that he was being punished for agreeing to perform at the Super Bowl Halftime Show, the singer vowed to boycott The Grammys forevermore. All I have to say: The Recording Academy better hope Kacey doesn’t do the same! Based on her Instagram Stories response to the matter, she’s clearly not at all happy with the Grammy’s decision.

On Wednesday, Musgraves posted several stories to her Instagram, starting with an image of herself as a young girl wearing a red cowboy hat with the text, “You can take the girl out of the country (genre)...but you can’t take the country out of the girl.”

Musgraves then went onto share several images and videos of her performing with many of country’s living legends, asking Willie Nelson, Loretta Lynn, Dolly Parton, Reba, George Strait, Alan Jackson, and more whether they agree with her, before closing it all out with an image of Kacey flipping a double bird while performing onstage: