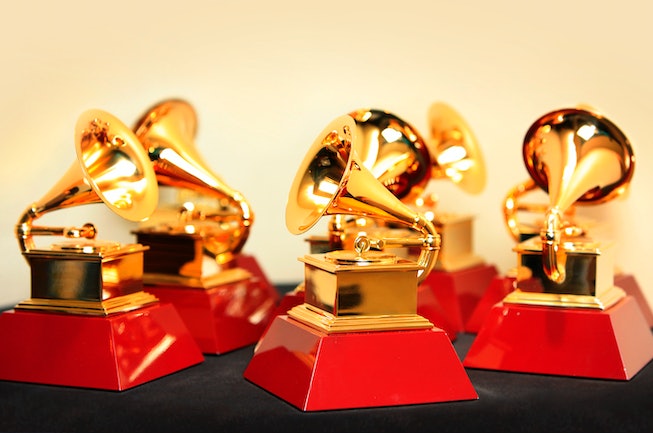 2020 was widely accepted as the year of postponements and delays, with films being pushed back by months — some even years — and everything from The Academy Awards to the Golden Globes having their written-in-stone early-year ceremonies pushed back in light of the ongoing COVID-19 pandemic. The latest big-name awards ceremony to succumb to the complications posed by coronavirus? The Grammys.

According to Variety, The Grammy Awards have been postponed indefinitely. While some sources believe that the ceremony, originally slated to air on CBS at the end of this month on January 31st, may only be pushed back by a month or so to March, the Recording Academy has yet to officially announce a replacement date.

Of course, The Grammys were always going to be a difficult operation to pull off while still following COVID-19 protocols. Usually put on for an audience of 18,000 people at the Staples Center in Los Angeles, interim Grammy Chief Harvey Mason Jr. told Variety in summer 2020 that they were considering holding the ceremony for a much smaller audience or putting it on for no audience at all. He also suggested that they would abandon the Staples Center and instead use smaller, local venues across downtown Los Angeles to stage the different performances.

Later, in a feature with Billboard published in mid-December, the Grammys newly-instated Executive Producer Ben Winston echoed these thoughts, telling the magazine that he had been "so struck by the independent music venues around the world" that he was "looking to do something quite exciting with the independent venues" in order to "support them and put a spotlight on them in what has been a really tough year for them."

While this latest news doesn't necessarily change these plans, it does serve as a huge shift to the awards season calendar, and presumably, for the celebrities and stars that have been hard at work preparing for their performances and appearances. (Ironically, The Weeknd — who was once expected to perform at The Grammys and dropped out only after receiving an industry-shaking zero nominations, allegedly because he was also scheduled to perform at the Super Bowl Halftime Show a week after — will now have at least a month between those two huge events. Was the drama all for nothing?)

The delay doesn't necessarily come as a surprise — especially as Los Angeles quickly becomes a horrifying hotspot for COVID-19 cases — but it is sad, especially since 2021 was poised to be such a monumental year for the often-problematic awards show. In the past, the Grammys have been criticized for a lack of racial, sexual, and gender diversity. But with the release of the 2021 nominations last November, many were excited to see some crucial changes. Most notably, the Best Rock Performance was filled with a lineup of all women, while industry favorites like Megan Thee Stallion, rapper Chika, singer-songwriter Phoebe Bridgers, queer producer Kaytranada, and Billboard chart-topper Doja Cat all nabbed coveted nominations for the highly sought-after Best New Artist prize.

I guess we'll just have to wait a little while longer to see these artists get their flowers.