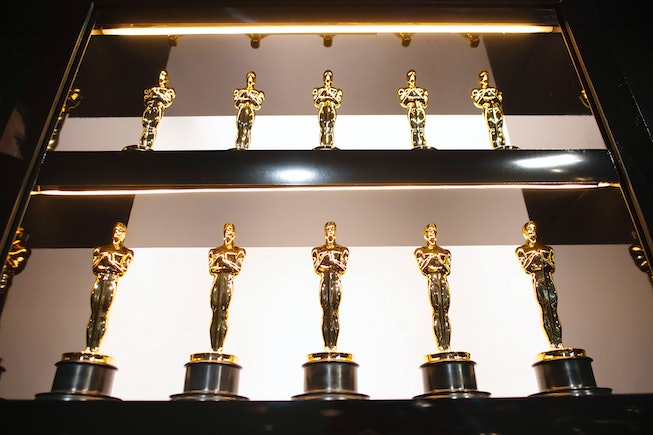 First they came for Coachella, then they came for Broadway. Everything has been hard these past few months, but nothing has broken me like the latest establishment to receive a devastating blow thanks to concerns around the still-rampant novel coronavirus. According to recent reports, there is a high probability that The Academy of Motion Picture Arts and Sciences will postpone next year’s Academy Awards ceremony.

Right now, the 93rd Annual Academy Awards are still set to air on February 28, 2021 on ABC. However, according to a source who spoke exclusively to Variety on the condition of anonymity, “It’s likely they’ll be postponed.” As of now, no further information (like, say, when the 2021 ceremony would be postponed to) is available. For the time being, AMPAS is still operating business as usual.

Though the prospect of a February without Hollywood's biggest night is soul-crushing, the decision does make sense. As COVID-19 continues to ravage communities, there is no real way to gauge when person-to-person contact will be safe at all, let alone any sign that heavily-populated events (like the Oscars) will be possible. (Just last week, Los Angeles county officials suggested that stay-at-home orders be extended at least through August, with many thinking the date will be pushed back even further when the time comes.) Furthermore, it's likely that many would-be awards players will continue to postpone their releases until movie theaters are back up and running — good luck convincing Christopher Nolan to release Tenet on VOD — and with most cities pushing theaters into one of the last "phases" of essential businesses to reopen, it's quite possible we could approach the February date with no big movies to even nominate.

Either way, it's clear that The Academy is in a state of flux right now. This latest update comes less than three weeks after The Academy made several changes to their eligibility requirements. Some of these changes — like the temporary decision to allow films that didn't receive a traditional theatrical run to still compete for the industry's top honor — are direct responses to the current pandemic and its ongoing effects on the moviegoing public. Others were made independent of that, such as The Academy's updated list of where films have to screen to qualify (which now includes New York, Chicago, San Francisco, Atlanta, and Miami, instead of just Los Angeles) and the consolidation of the Sound Editing and Sound Mixing Oscar.

Now, will all the cinephiles and award season obsessives join me in a moment of silence?