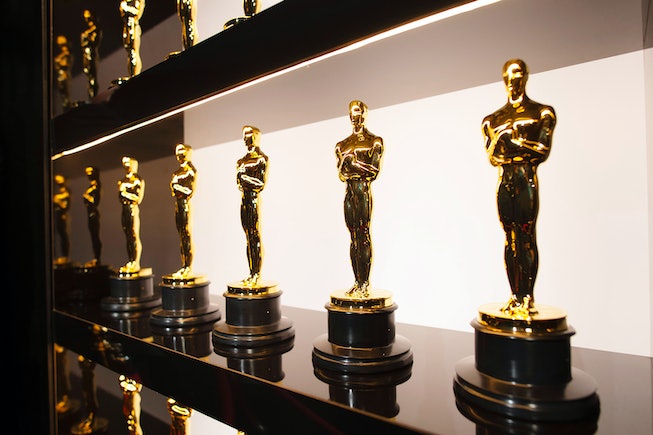 Hear ye, hear ye, for the Academy Awards have just made some major changes to their eligibility requirements. While members of The Academy have frequently butted heads with streaming platforms like Netflix over the importance of traditional theatrical runs, for the first time in history, they have amended their requirements so films that did not receive a traditional theater run can still be eligible to compete in next year's ceremony. These changes are, of course, a direct response to our current pandemic — which has lead to the closure of movie theaters all around the world, making traditional theatrical runs virtually impossible — and as such, are only meant as a temporary measure. When theaters open back up, things will go back to normal.

But not so fast. In order to be eligible, The Academy is still requiring proof that movies sent straight to a streaming platform or VOD were originally planning a theatrical run. This means that, unfortunately, Netflix's charming gay porn bookshop documentary Circus of Books won't be in the running for Best Documentary. And as incredible as her performance was in To All the Boys 2: P.S. I Still Love You, Lana Condor still won't get the opportunity to throw her hat into the Best Actress ring. It does, however, change the fate of certain other films — specifically, Eliza Hittman's heartfelt abortion drama Never Rarely Sometimes Always, which had its theatrical run canceled, and Promising Young Woman, whose release plan has been up in the air ever since it debuted at Sundance in January. This is also good news for one-time Oscar nominee Justin Timberlake, as his funky SZA collaboration "The Other Side," from the Trolls World Tour soundtrack, is now widely considered the current frontrunner for Best Original Song. (Of course, that's assuming that upcoming Bond film No Time to Die is forced to postpone its release again. If it isn't, Billie Eilish's brooding title track will surely edge it out.)

Several other updates emerged from yesterday's meeting as well. First and foremost: one about where movies need to screen to be eligible when things are back to normal. While The Academy used to mandate theatrical runs in Los Angeles, specifically, from here on out, they will also recognize movies that screen in other big cities like New York, Chicago, San Francisco, Atlanta, and Miami. Furthermore, preliminary voting on Best International Film will no longer be limited to an exclusive committee; from now on, all Academy members will be able to vote on the shortlist, so long as they've watched enough of the eligible films. Finally, the Sound Editing and Sound Mixing categories will be combined into one category — a great victory for those of us that have always found it close to impossible to distinguish between the two.

While things are still up in the air as to whether there will even be an Oscar ceremony next year, these changes are still encouraging, pointing to a more promising future for the sometimes out-of-date Academy.