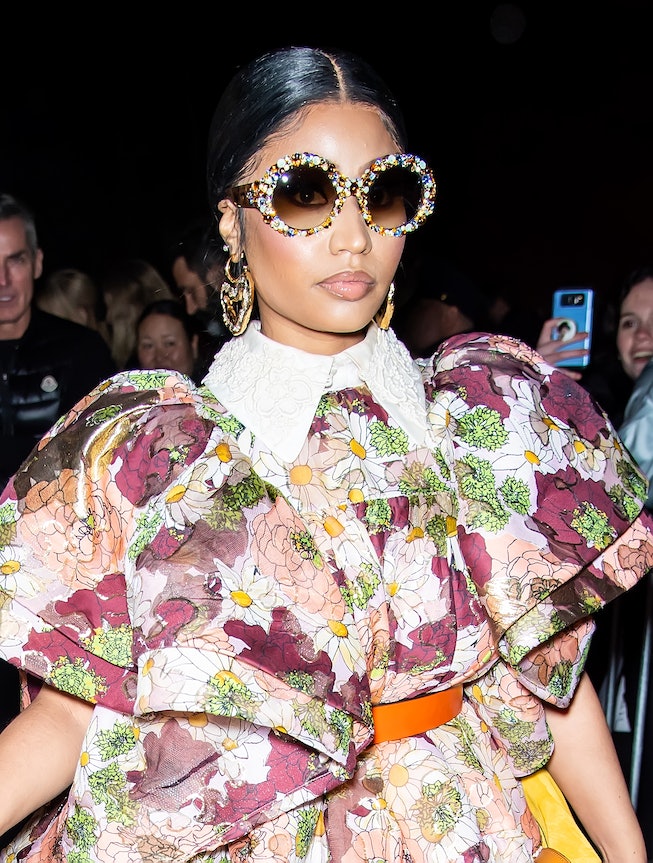 Well, everyone, we did it: Doja Cat and Nicki Minaj's "Say So" remix is the No. 1 song in the country right now, according to Billboard's newly released Hot 100 rankings for the week of May 11. Besides this being both Minaj and Doja Cat's first No. 1s as individual artists, Twitter account Chart Data points out that the triumph also makes history as the first time a female rap collaboration has ever topped the chart. As for Minaj, the victory probably tastes even sweeter, given that she's had about 108 other previous entries (the highest she got prior to this was No. 2 for "Anaconda").

Of course, "Say So" has been primed to hit No.1 for a while now. The nostalgic-sounding disco-pop bop, which was released on Doja Cat's sophomore album Hot Pink, has ruled the TikTok airwaves for months — its sparkly, sassy hook is perfect fodder for viral dance choreography. It became so ubiquitous, that Doja Cat even included the dance's creator in the song's music video.

When the remix with Minaj was announced and released in early May, the song received another surge of activity, trending on Twitter upon its announcement. Later, Minaj's fandom, the Barbz, made a concerted effort to stream the single to get it to No. 1. (Plus, the minor hiccup of a leaked old version of the remix surely helped add some fuel to the flames, too.) The power of collectivism!

To make this whole situation even sweeter, Megan Thee Stallion and Beyoncé's fiery, OnlyFans name-dropping "Savage" remix followed closely behind at No. 2.

Megan, ever the diplomat, tweeted in response that she was "happy to be apart of the history that was made today," sharing her emotions with three crying emojis.

Perhaps next week, if everything works out, we'll see another female rap collaboration make history again.

Stream the "Say So" Remix below.