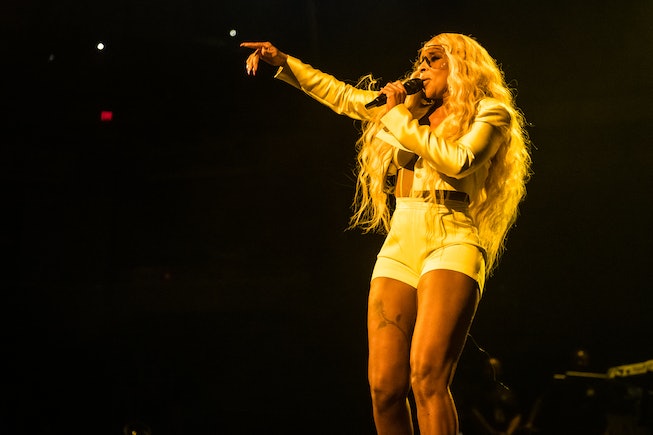 The 2022 Super Bowl is around the corner, and this year’s game comes with a truly stacked line-up of talented musical guests.

If you’re anything like me, and only tune in for the halftime show, you’ll be pleased to learn that four rap and R&B icons will be sharing the stage. Award winning performers Dr. Dre, Eminem, Mary J Blige, and Kendrick Lamar are headlining this year. The quartet is expected to perform their greatest hits in a thrilling-set that’s sure to excite fans. According to Variety, Dr. Dre has also invited two deaf rappers to appear alongside him.

Sean Forbes and Warren (WaWa) Snipe will sign the group's performance. Though the Super Bowl has used sign language interpreters during its pre-show, this is the first time the national event will feature deaf artists at halftime.

In a statement given to the Detroit Free Press, Forbes gushed about the opportunity to perform with his idols. “The doors to accessibility are busted wide open with something like this,” he said. “So this is very much a full-circle moment, being from Detroit, being part of the Eminem camp — or even going back to being 12 and listening to N.W.A, Dre, and Snoop on my Walkman. My goal is to get out there, show what we can do and have fun. And I want to open the door for other deaf performers.”

Last year, Forbes and Snipe were featured in the Super Bowl pre-show. The duo were Jazmine Sullivan’s interpreter while she sang “The Star Spangled Banner,” and they signed Erich Church’s rendition of “America the Beautiful.” This year, they’ve passed the torch to actress Sandra Mae Frank who will sign the National Anthem and “America The Beautiful” to represent the National Association of the Deaf.

The Los Angeles Rams and Cincinnati Bengals will kick things off on February 13th at the SoFi Stadium in Inglewood, California. The game will include a live audience, but viewers at home can watch the event on NBC and Telemundo or stream it through Peacock.