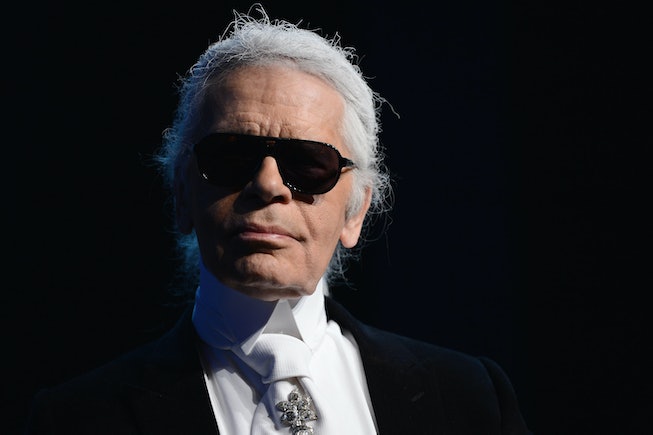 The theme for the 2023 Met Gala has been revealed. Next year’s theme will focus on the work of the late Karl Lagerfeld, who passed away in 2019 at the age of 85. Fashion’s biggest night will take place, as usual on the first Monday in May (in 2023, that’s May 1st), at the Metropolitan Museum of Art.

As always The Met will also curate an accompanying exhibit celebrating the work of Lagerfeld. "Karl Lagerfeld: A Line of Beauty" will be on view from May 5-July 16, 2023, and will highlight "the designer's stylistic vocabulary as it was expressed in through lines—aesthetic themes that appear time and again—in his fashions from the 1950s to his final collection in 2019." This will include approximately 150 pieces on display alongside original Lagerfeld sketches.

“Karl was a lover of multidisciplinary arts, and it’s the highest recognition for his work to be presented in such a monumental exhibition at The Met’s Costume Institute,” said Pier Paolo Righi, CEO of Karl Lagerfeld, in a release. “As custodians of Karl’s legacy, we aim to bring his passion, intuition and inexhaustible creativity to life in everything we do. We cannot imagine a more poignant or meaningful way to celebrate his colossal achievements — both the enduring impact he’s had on fashion and how it’s shaping the future.”

Last year’s theme celebrated part two of In America: An Anthology of Fashion, with a focus on “Gilded Glamour” from the Gilded Age (a period of great economic growth and inequality between 1870 and 1900). Lagerfeld was born three decades later, in 1933, and became an icon of the fashion industry for his timeless designs and takes on classic basics like the white shirt. He was best known as the creative director of Chanel, a position he held from 1983 until his death, as well as for Fendi and his own eponymous label. He also worked with Balmain, Patou, and Chloé throughout his career, so you can expect to see those designers on the Met’s red carpet this May.