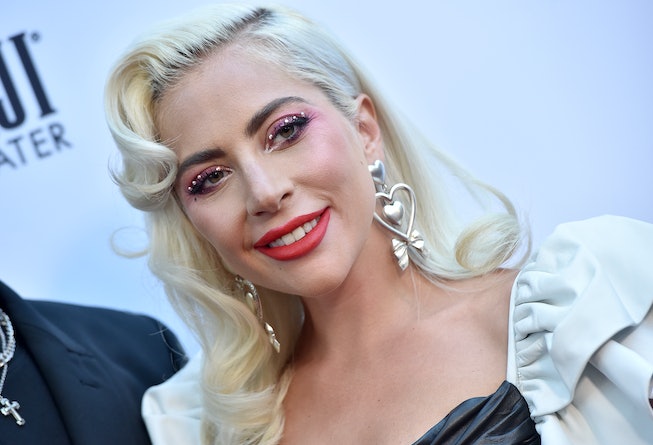 The release of Lady Gaga's long awaited sixth album Chromatica has been fraught with slip-ups, each more hilarious than the last. The lead single "Stupid Love" leaked, the album's release was postponed indefinitely then put back on, Target accidentally dropped the tracklist on their website, and probably a few other disasters her team has managed to keep under wraps. The Chromatica-related absurdity marches on, the latest instance coming from a fan account who pranked FedEx into thinking Gaga was an employee who almost hit them with her car while delivering packages.

The COVID-19 pandemic forced Gaga to cancel what would have been her summertime tour "The Chromatica Ball," but being a devoted Mother Monster, Gaga put on her best bubblegum pink wig and cyberpunk studded face mask to personally deliver her record to retailers around the world. "In Chromatic time and distance do not exist," she tweeted to accompany photos of her behind the wheel of a big rig truck. This woman knows how to commit to a bit!

The very funny fan account in charge of Chromatica legislation, culture, and who is or isn't allowed to step foot on the planet, @ChromaticaGov, saw this as the perfect opportunity for some light-hearted trolling. "This woman almost hit me while driving down my block delivering packages for you," they tweeted at FedEx, alongside Gaga's truck photo. "I wrote her plates down just in time.. it read 'PSSYWGN' please do something immediately."'

The prank escalated beautifully when FedEx took the complaint at face value, urging the account to send over any crucial details that would help identify the rogue employee. Gaga is many things — artist, provocateur, actress, singer — but a delivery person she is not! In respect to Gaga's Italian heritage, the entire thing is a chef's kiss of mischief.