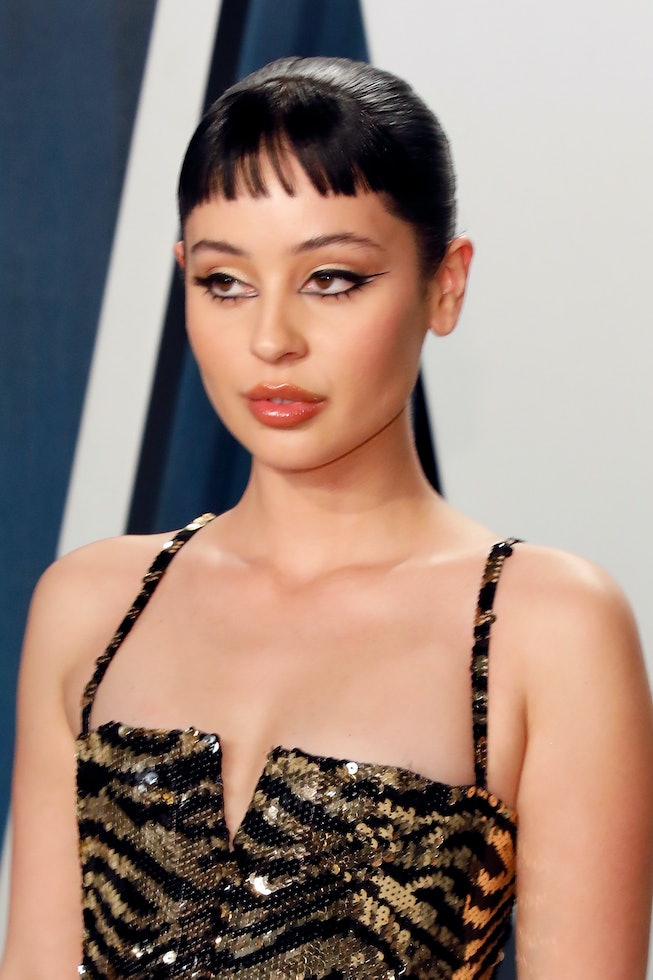 Following Euphoria’s season two episode five reveal that Cassie (Sydney Sweeney) had secretly been sleeping with the ex-boyfriend of her best friend Maddy (Alexa Demie), many people thought the show was heading towards a Super Bowl-esque grand showdown between the now-mortal enemies.

Alas, that’s not the showdown viewers were treated to in last night’s sixth episode. Instead, the big Battle Royale occurred between Maddy and said ex, Nate (Jacob Elordi), who (spoiler alert:) showed up to Maddy’s house to play a terrifying game of Russian Roulette, as he threatened to shoot himself in the head if Maddy didn’t return a disc that featured some incriminating footage of his dad. The extended sequence is bone-chilling in its intensity, with Elordi, and especially Demie, doing some extraordinary acting to properly set the mood. Both performers clearly went somewhere dark in this moment — so it’s no real surprise that the scene was one of the most difficult for them to film to date.

“[It was] not an easy scene to film,” Demie said about her experience with the scene in the “Enter Euphoria” segment for the episode. “Really, it’s just traumatic to walk into your bedroom, and someone that you love, and who you thought loved you, is sitting there threatening you with a gun.”

The actress expanded on those thoughts in a recent interview with Entertainment Weekly where she agreed that this was hardest scene she’s ever had to film for Euphoria so far. “It was an incredibly difficult scene not only because of the gun to my head, but because it was choreographed in a really specific way,” she said, noting that with all the precise camera movements, the scene took two entire days to finish shooting.

“It’s such an intense scene that when you’re not filming…as an actor, you just have to try to stay in your own world,” she said of the mindset she had to get into to properly reflect Maddy’s fear in that moment. “I’m definitely not the type of actor that can just break a scene like that and start laughing and joking. I have to kind of stay in my own world and tune everyone else out.”

Speaking about Maddy’s motivations in the scene, Demie noted that, at first, her character is still doubtful of just how far Nate, “somebody she was with for a very long time and is very close to,” would go with his threats.

“Maybe for a second, she thinks he’s bluffing, she doesn’t think that he would actually go as far as to shoot her, which sounds crazy to say,” she said. “Despite her feeling fear, she’s trying to test how far this person she thought loved her would go. She’s going through every possible situation in her head while in survival mode, and we see this person go too far, which breaks her. It’s heartbreaking to see her experience something so violent and traumatic, and it’s the moment that really shifts things for her.”

Despite all of that, however, Demie maintains that, overall, she has enjoyed her character’s second season arc, which has also involved being supportive of her friends in their time of need (such as Rue) and forming a close mentor-mentee relationship with the wealthy mother (Minka Kelly) of the kid she’s been babysitting. “I like that we see more vulnerability. I like that she’s a little bit more nuanced and complex this season and not so in your face every second,” she said. “I was hoping to see her evolve from the [Nate] relationship, and it seems like we’re headed in that direction.” We can only hope that’s the case.

Check out the Enter Euphoria segment for the show’s sixth episode below.