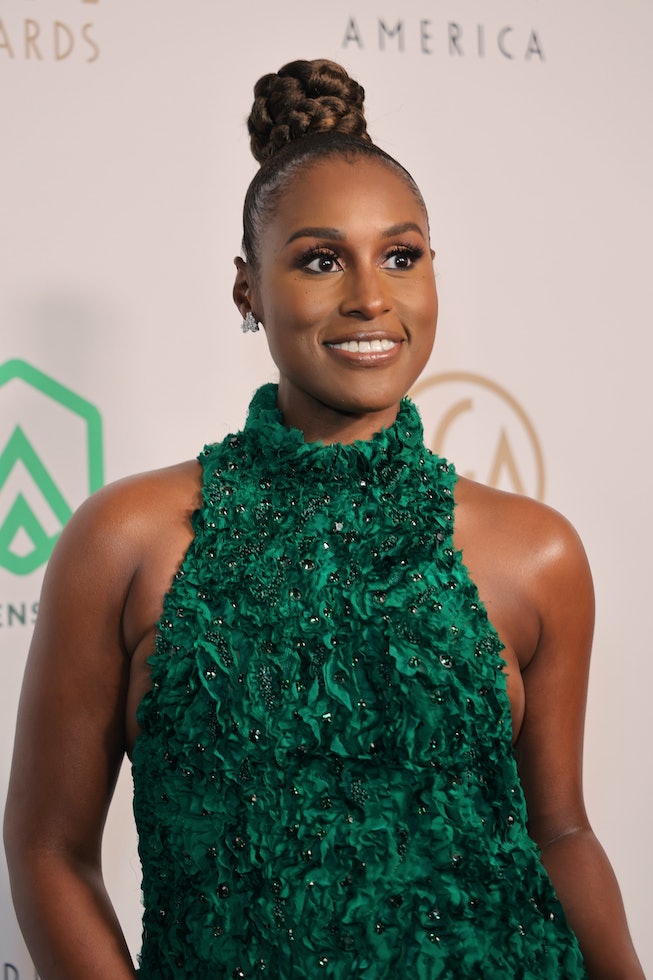 Two years after I first cited the series as one of HBO Max’s five most anticipated original titles, Rap Sh*t is finally showing signs of life. With Insecure officially behind her, Issa Rae is now ready to premiere her next series for the network that turned her into an Emmy-nominated star: the upcoming comedy will screen for the first time on June 18 as part of the 2022 American Black Film Festival in Miami, where the decorated creator will be serving as this year’s Ambassador.

Premiering her latest television project at this particular film festival is something of a full-circle moment for Rae, who cites ABFF as “the first major festival to showcase my work.” The Insecure star went on to praise the festival for the work it has always done for the Black community. “They continue to elevate Black creatives from the ground level,” she said in a recent statement, according to Variety. “I’m honored to be this year’s Festival Ambassador.”

The 2022 American Black Film Festival will take place in Miami from June 15 through June 19 and will feature a number of film and TV screenings, talks, and panels — all featuring Black creators from around the country. (A full lineup has not yet been released.) Fulfilling her duties as Ambassador, Rae is set to appear onstage alongside the festival’s founders, Jeff and Nicole Friday, to give a few special remarks on opening night. The NAACP Image Award-winner will then return for the festival’s closing night to present the premiere screening of Rap Sh*t.

For those in need of a quick refresher, Rap Sh*t follows Shawna and Mia, two estranged high school friends from Miami who reunite to form a rap group. (If that story sounds slightly familiar to you, relax: both City Girls members are already involved with the project as co-executive producers.) Keep It podcast host Aida Osman plays Shawna, “an aspiring rapper that hasn’t seen success and continues to work her day job at a touristy hotel,” according to Variety. Rapstress and Love and Hip-Hop: Miami star KaMillion stars alongside Osman as Mia, “a makeup artist and a single mother to a four-year-old daughter that works three jobs to make ends meet.”

Other castmembers include Bad Girls Club breakout Jonica “Blue” Booth, playing Chastity, a sex work manager who calls herself the Duke of Miami; Barry’s Devon Terrell, playing Cliff, Shawna’s law school-attending, New York-living, long-distance boyfriend; and NYLON’s favorite funnyman Jaboukie Young-White, playing Francois Boom, Shawna’s former schoolmate who now produces for recently viral rapper Reina Reign. In an interview with NYLON last year, Young-White said of working with Issa Rae on the project, “It’s crazy working with her now. It’s just so great. She’s also just so about supporting other Black creatives. The vibe and energy she gives off, it’s all so genuine. She sincerely wants to see people make the best work they can make and she wants to help people make that happen. It’s so needed, especially in this industry.”

With a cast this stacked, a pilot penned by Rae, and almost three years to get everything just right (Rap Sh*t has been in development since at least October 2019), this eight-episode series is bound to be the talk-of-the-town after it premieres at ABFF. It’s no wonder Nicole Friday seems so excited about Rae’s involvement with the Miami festival this year. “It has been amazing to watch Issa shatter ceilings with her incredible sensibility to storytelling and her astounding achievements in the industry,” the festival founder said in a statement celebrating Rae’s appointment. “We have been admirers of her work from the early days and salute her for remaining authentic and never forgetting the importance of elevating the next generation of emerging artists.”

NEXT UP
Culture
6 Shows To Binge Once You've Finished 'The White Lotus'
Culture
Loewe’s Howl's Moving Castle Collection Is An Anime Dream
Culture
The Madonna Biopic Is Being Scrapped
Culture
Kaia Gerber Won’t Stop Until She’s Cast As Patti Smith In A Biopic
Style + Culture, delivered straight to your inbox.