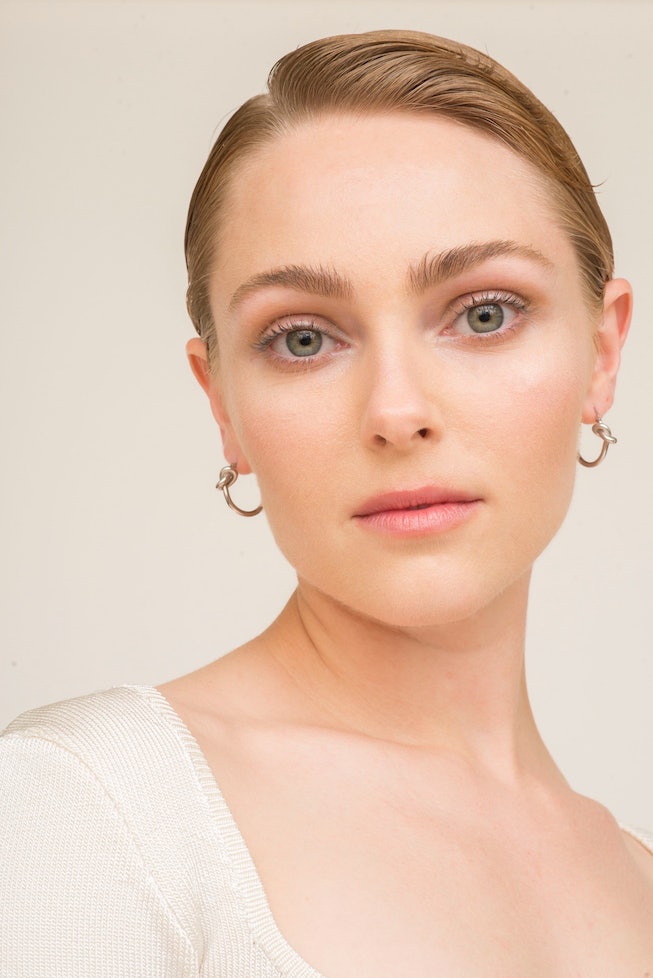 The one thing many Americans can agree on right now is that voting is important. And yet, low voter turnout still happens for a number of reasons: apathy, lack of knowledge, government suppression, lack of resources. To help make the process clearer, Amazon Studios launched a four-part digital explainer series called #ALLINFORVOTING to break down information about voting and voter suppression and to mobilize young voters especially.

Little Fires Everywhere actress AnnaSophia Robb joined the initiative, narrating one of the videos, “What The Hell Is On My Ballot?" In the below video, premiering on NYLON, she sheds light on the different issues voters can decide on, in addition to voting for the president and vice president. Watch the video below and read on for a chat with Robb about the initiative:

Why did you decide to get involved in this initiative?

This is an especially important election, so I wanted to make sure I learned from and aligned myself with reputable organizations tackling the most important aspects of this election. When I saw ALL IN: The Fight for Democracy and got a deeper understanding of voter suppression and its pervasiveness in America, truly from the very first election when only white land-owning men were allowed to vote and continuing to this year's election with voter purging and the removal of polling stations, this information made me angry. It made me think: "People ought to know what's happening" and "How/why have I been so blind." We should all be concerned about voter suppression, it is not a partisan issue because as American citizens it is our right to vote. If every American citizen, no matter their income, color, gender, or religion is empowered and given the opportunity to vote — then we can proudly and truly call ourselves a democracy.

Knowledge is power. So the more the people know, about how much their vote really matters, about their power as a voter, the more powerful and equitable our democracy.

What's your number one hope for young people in this election?

I hope that people stay involved, and that outrage turns into sustained political involvement (that's my hope for myself, at least). I have to remember that every year is an election year and change happens at a local level. I want Trump out, but ultimately it's not just about electing a new president, it's encouraging people (myself included) to stay involved, stay informed, and care about how our vote and attention deeply affects the laws passed, how budgets are implemented, and who our representatives are listening to. Voter suppression is real. I never realized how insidious and pervasive it is, so we have to actively and sustainedly fight against it — we can do that together, by electing leaders that are transparent and accountable.

This year, or rather the past four years, have taught me democracy is not a given; rather, it must be maintained and improved upon. Black people fought for the right to vote. Women fought for the right to vote. Just moving from state to state, and making sure you're properly registered and get your vote counted is arduous and rarely simple. So, my hope is that I do not take my rights for granted — that I stay vigilant. My friend told me to consider my representatives as "my employees". I don't think most of us think of the government that way. But I think it's helpful to frame them as such — employees. Are they doing right by the people?

There are many great resources out there right now! I'll give ya my favorites list.

All In is a terrific website where you can find voter information, voter resources, voter rights info, volunteer opportunities, historical resources, online access to the film — there's a litany of options. And all the information is reliable. It's a great place to educate yourself and get involved as a voter.

Ballot Ready is also a goody! They are the place to go to research what/who is on your ballot. It is non-partisan and all the information they post is fact-checked. You can log in to their website, see the people who'll be on your ballot, as well as the initiatives and what they mean with simple language. You can also create a sample ballot to take into the polls (on your phone or printed) and you can share your sample with others. It's easy to use and they have just about every single race on there.

I also like using them as a tool for phone banking or calling relatives, because you can change the location and see every local/state ballot measure and representative race.