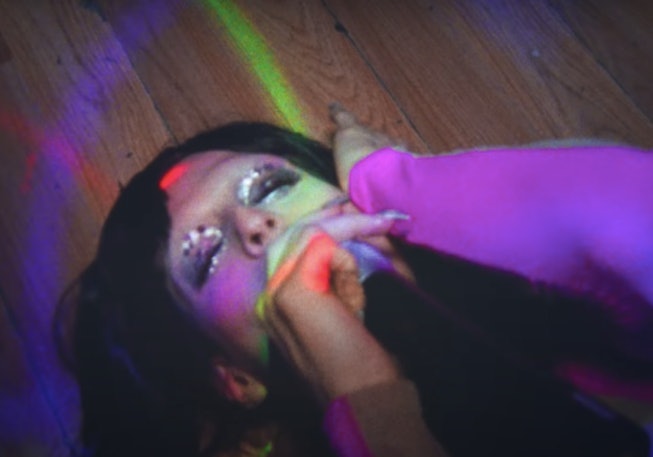 No one is doing surreal mischief like Arca. The Venezuelan multi-hyphenate announced her forthcoming record Kick I, along with a dreamy, chaotic video for her single, "Time." The album finds Arca once again teaming up with longtime collaborator, Björk, and also features music powerhouses Rosalía, Shygirl, and SOPHIE for good measure. Get ready for a beautiful freak-fest.

Arca gave an additional glimpse into the Kick I universe with the glamorously bizarre visuals for the track "Time." The video, which includes footage taken from her September 2019 Mutant;Faith performance cycle, finds Arca on a date with a pretty debonair demon. Arca rides a mechanical bull and seduces her underworld lover with a beam of light before segueing into making out in the back of limo and singing karaoke on the floor.

Rolling Stone reports that Arca explained how Kick I is a celebration of the journey she took to reconcile different facets of her life, including her Venezuelan heritage and her trans-Latinx identity. The record promises a multi-genre approach that explores elements of pop music, experimental music, and reggaeton. “I don’t want to be tied to one genre,” Arca said. “I don’t want to be labeled as one thing.”

Kick I will arrive digitally on June 26th and on vinyl/CD on July 17th via XL Recordings.