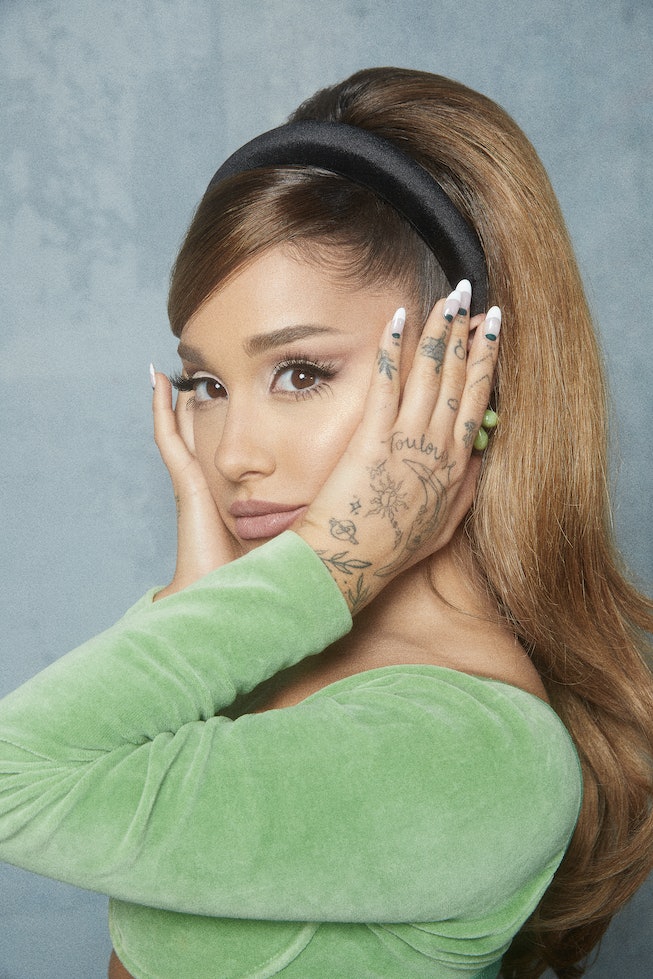 Ariana Grande’s sixth studio album, positions, is officially out in the world following a short, 10-day rollout and one pre-album single — a fairly subtle introduction by pop standards. Then again, the project isn’t exactly Grande’s usual fare either. Though the star has been soaring in the heights of stadium pop for her past two albums, chasing big hooks and culture-defining moments, positions lets all that go for the warm and soft glow of r&b. Except, it’s not so much r&b but ari&b: a sparkling cocktail of rhythm & blues, the occasional hamfistedness of a Broadway tune, and her usual light-as-air pop.

positions also happens to be Grande’s first album in two years that hasn’t arrived anchored to a personal news cycle. While 2018’s Sweetener served as her cathartic response to the traumatic 2017 terrorist attack that shattered the end of her Dangerous Woman tour, and 2019’s thank u, next was released after the untimely death of Mac Miller and her subsequent, very public engagement and break-up with Pete Davidson, positions floats freely in unperturbed waters (and there’s thankfully even nary a mention of COVID-19 or lockdown).

What has life for the mega pop star looked like in the time since thank u, next? If the album is to be believed, then it’s probably looked a lot like the four walls of her bedroom, because she’s been f*cking. Though her sexual proclivities are the direct focus of only two tracks on the record, the topic still manages to linger on the mind long after the album is done, perhaps because it’s the most explicit Grande’s ever been. “Just gimme them babies,” she straight-up demands on “34+35”. (But that might not even be saying much considering she once wrote an entire song about walking differently after a particularly rumpus night.) Still, it’s a reassuring sign that life for the singer has deservedly, and mundanely, moved on.

Thematically, positions safely treads Grande’s well-worn paths of trust, success, and newfound love and all its trimmings. What crucially grants the album its pulsing heart and relevancy is the quiet and continuous unearthing of Grande’s new and shifting perspective on it all — the real-time markers of her healing that’s still clearly ongoing, though quietly in the background. Tucked beneath the plushy sounds courtesy of the record’s stellar slate of beatmakers, like Murda Beatz, Scott Storch, longtime collaborator Tommy Brown, and new collaborator London on da Track, are pea-sized reminders of Grande’s past traumas filtering through, though this time they look more like pearls than intrusive grains of sand.

On the smoky, Ty Dolla $ign-assisted “safety net,” Grande anchors an otherwise generic tune about the vulnerability of falling in love with a nearly in-passing reminder of the actual hills she had to climb to even get here again: “You're making me forget my past/ Never thought I’d feel like that again/ I came to peace with my path/ Now you got me off track.” Similarly, on the saunterous “obvious,” she admonishes: “Been a minute since I had something so sweet.”

Yet, all of that can’t compare to “off the table,” arguably the most moving song on the record, and its searing core. Complemented perfectly by The Weeknd, Grande spends the song’s luxurious four minutes wondering if her past has prevented her from ever finding love — and perhaps, more importantly, peace — again. Abel, in response, descends like an angel: “I’ll wait for you/ Even though it always feels like I'll be number two, to someone you can't hold anymore.” It's a startling sentiment that’s only heightened by the swells of violin and spinning self-harmonizing on Grande’s part. And the effect is oddly revitalizing, like a quick-hit therapy session with its vocalized frustration, worry and immediate reassurance neatly closed up in a song. Whether or not it’s realistic is besides the point; the simplicity in dialogue between two friends (Grande confirmed that she and Abel wrote the song together) as one offers comfort and resolve to another feels like a more valuable and human endeavor.

Blessedly, the rest of the album is not so heavy. In fact, for most of its runtime, positions leans quite pleasantly into the soft groove of its glittering beats, bopping steadily along. On the fun “Motive” with Doja Cat, which could’ve also easily served as a lead single, Grande playfully questions the intention behind a potential lover’s advances. Early-album track “just like magic,” a shimmery and traditionally Ariana Grande-sounding song about the powers of manifestation, functions like the subtle older sister of Sweetener’s “successful.”

Then there’s the outrageous “my hair,” a grandiose track full of Broadway-level belting (“So run your hands through my haaaaair,” she sings on the chorus) about her most recognizable feature. Maybe it’s a tad overplayed, but even the cringiest moments on the record feel somewhat forgivable if only because Grande’s always been a little over-the-top and corny, and at least she owns it. Speaking about fellow silly track “34+35” in a recent interview, she admitted: “I just think it’s ridiculous and so funny and stupid. It’s like absolutely absurd [...] We heard the strings that sounded so, like, Disney and orchestral and full and pure, and I was like ‘What is the dirtiest possible most opposing lyrics we could write to this?’”

In his book The Body Keeps The Score, pioneering researcher Bessel Van Der Kolk writes that experiencing trauma “leaves traces on our minds and emotions, on our capacity for joy and intimacy[...]” It would be easy for one to dismiss Grande’s own experiences with trauma away given her privileged position and notoriety as a global super star — and for Grande herself, who’s admitted that she still suffers from anxiety, to close herself off from further observation. But her decision not to, to continue the narrative even if it’s not the front page story feels poignant — like she’s a real human being who will have to deal with the manifestation and re-manifestation of certain events for the rest of her life, even when she’s singing about hair and 69ing. On the album’s showstopper-intended closer, “pov,” Grande wraps up positions’ sweet daydream with a simple request: “I wanna love me the way that you love me, ooh, for all of my pretty and all of my ugly too/ I'd love to see me from your point of view.” From my vantage point, Grande’s image as an artist, celebrity and human, has never been clearer.

Positions is out now.