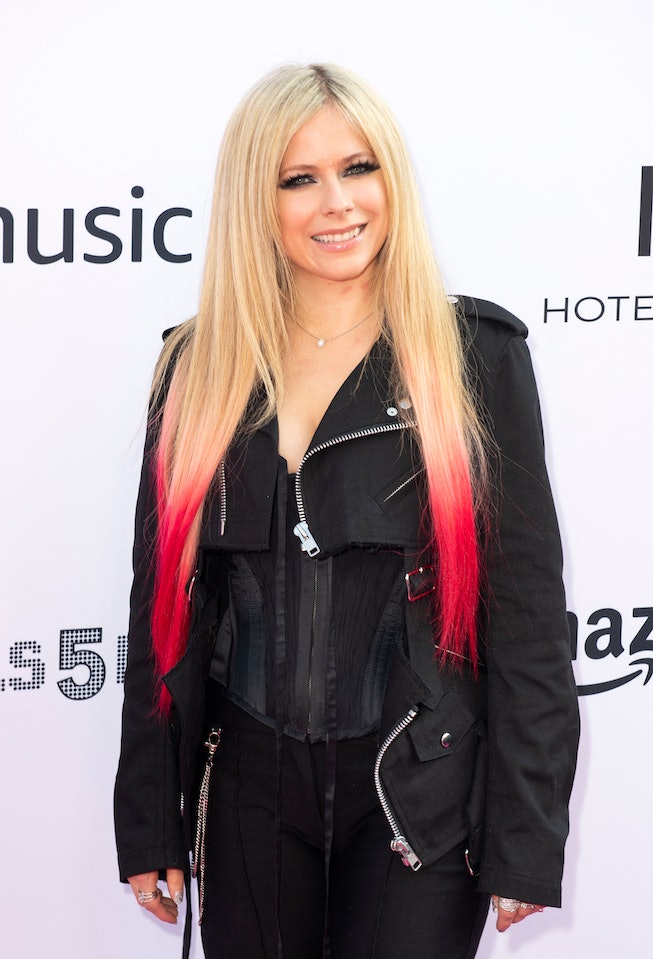 He was a boy, she was a girl — and now their story is getting turned into a movie. Nearly 20 years after it was originally released, Avril Lavigne’s iconic song “Sk8er Boi” is on deck to hit the silver screen, the pop star and NYLON cover star revealed in a recent interview on the iHeartRadio podcast She Is The Voice.

“Sk8er Boi” is arguably Lavigne’s most infamous track, telling the story of a missed high school connection between a skater boy and preppy girl, who initially turns him down but experiences grave FOMO five years later when said skater boy has become famous. It’s a tale as old as time, and now, as both the song and its album, 2002’s Let Go, approach their 20th anniversary, Lavigne is revisiting the failed love story to reformat it for the big screen.

“Recently, because of my 20th anniversary, a lot of people have been asking me to play [“Sk8er Boi”] on some TV shows, and I feel like it keeps getting brought back up. And I’m actually turning this song into a film. So, like, take it to the next level,” Lavigne confirmed to She Is The Voice.

While details on the project are still scarce — Lavigne pretty much only confirmed its existence — you can likely expect the film to be a faithful exploration of high school romance dynamics and drama.

“You know what it was like in high school,” Lavigne continued about the track, adding that it’s still one of her “favorite songs to play live.” “You have all the different groups and cliques. There’s skaters, preps, jocks, and it’s kind of like a missed opportunity at love. It’s like the skater boy and he’s in love with the preppy girl, and she’s too cool for him. But five years from now she sits at home, and down the road she wishes she had followed her heart and not society’s expectations.” Alas, a regret we can all relate to.

Unsurprisingly, this isn’t the first time “Sk8er Boi” has been on the drawing board for a film adaptation. As pointed out by Metro, in 2003, soon after it was released, Billboard announced that the song had been optioned by Paramount Studios to be turned into a movie with “ER” writer and producer David Zabel to adapt the story. That venture never panned out, but hey, maybe second time’s the charm!

The veteran pop-punk star has been having a big 2021 after experiencing a spike in popularity this past year in conjunction with the rise and return of pop-punk. Lavigne released her latest solo single, “Bite Me,” earlier this year which features Travis Barker on the drums. The song is a sonic return to her punk roots, and, as as Lavigne has promised, the first of more to come. In the meantime, the star is also scheduled to embark on her next world tour in 2022.