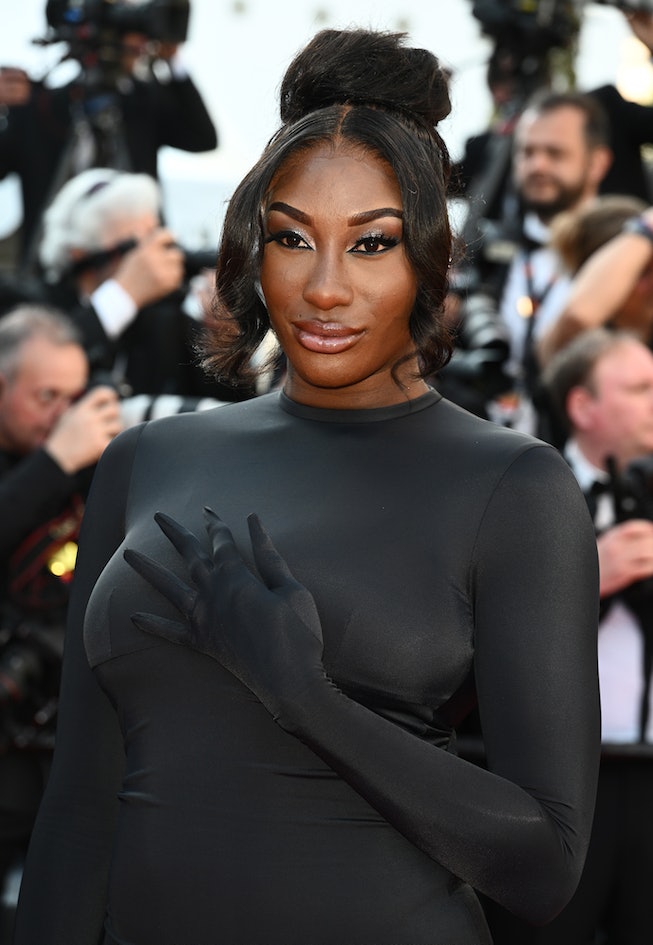 Aya Nakamura is already a superstar in France, but now the French-Malian singer is setting her sights on conquering another realm: the metaverse.

Come Thursday, Oct. 6, the 27-year-old singer and rapper will appear in Fortnite as part of the popular game platform’s Soundwave Series, bringing her soulful blend of afrobeats, dancehall, and R&B to new fans across the digital world. For 72 hours, players will be able to immerse themselves in Nakamura’s glossy virtual domain to experience the singer’s true-to-life avatar dancing and performing the biggest songs of her discography in tricked-out customized environments. Metaverse performances may be the music industry’s biggest breakout trend of 2022, but Nakamura’s goals run bigger than its novelty. “I hope that this experience will make players want to come see me in person,” she tells NYLON.

Nakamura first broke through in the summer of 2018 with her massive, vibrant dancehall anthem “Djadja,” a song that was virtually inescapable if you found yourself in Europe. Since then, she’s maintained a tight grip on the region’s music scene as one of the few Black female artists in the industry, releasing her sophomore album, Aya, in 2020 and recent singles “VIP” and “Méchante.”

Nakamura’s Soundwave Series event will run continuously for 72 hours until Oct. 9. Below, read NYLON’s conversation with star as she talks all things Fortnite, preparing for her metaverse performance, and why players should pay close attention to her avatar’s styling details.

A lot of musicians are partnering with games for metaverse-style performances. What about this opportunity appealed to you?

This collaboration with Fortnite is a unique opportunity for me to explore a new way to share my music — to spread it around the world and to introduce the songs to people who may not know me or my music yet.

How familiar were you with Fortnite before this partnership? Do you play the game?

I must say I wasn’t really familiar with Fortnite before starting the Soundwave Series project, but I have a lot of people around me who are fans. To some extent, they are the ones who convinced me to do this project!

What kind of experience are you hoping to bring with your show?

For sure it has nothing to do with a regular concert. However, we have tried to transpose my universe as much as possible, whether through sound design but also scenography or styling. My avatar and her movements are very faithful to reality. I think it’s a good overview of what I can offer in concert and I hope that this experience will make players want to come see me in person!

In what aspects was it different from your usual performance prep?

This is an event that requires a lot of preparation. For one, I was first scanned to create the avatar and then my movements were analyzed in order to propose a choreography that is as faithful as possible. I also worked with my stylist on my stage outfit. Finally, after that, we prepared this the way as we would with a traditional concert, but in a totally different way because everything is digital.

Are there any fun Easter eggs or moments your fans can look forward to in-game?

We paid close particular attention to styling. It varies depending on the song and the decor, from clothes to hair to nails!

What are your thoughts about music’s expansion into the gaming world in general? Has it impacted how you want to present your music in the future?

I think it’s a good thing because it allows us to share our art with as many people as possible. Working on a project like this gives us lots of ideas for the future!

On the music front, you’ve released songs “VIP” and “Méchante” this year. Can you tease what else you have coming?

It’s still a bit early to talk about it, but things will indeed happen in the coming months. Stay tuned!