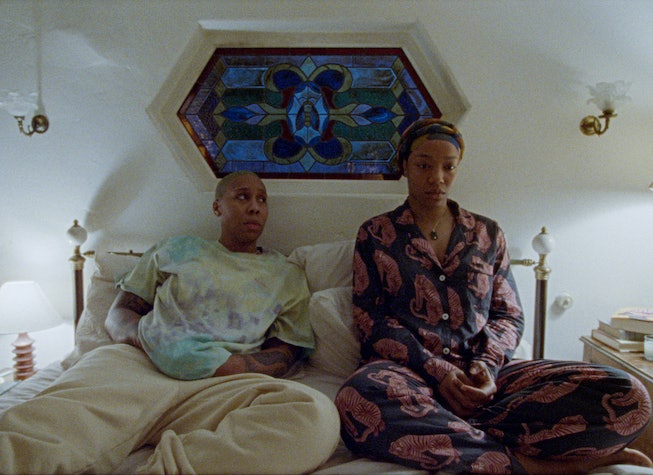 Aziz Ansari’s millennial, slice-of-life fare Master of None may be returning to Netflix for its third season, but at least based on its first trailer, the show won’t be focusing on Ansari’s Dev or his Italian adventures.

Rather, it focuses on the relationship of Lena Waithe’s Denise and Alicia, played by BAFTA winner Naomi Ackie. “Let’s say we’re at a party, Maxwell’s playing, you don’t know me, I don’t know you,” Denise says in the trailer. “But I ask you out on a date. Would you say yes?” After a montage of some of the couple’s “moments in love” together, Alicia says, “Yeah. I said ‘Yes’ then, I say ‘Yes’ now.”

According to Netflix, “This new season is a modern love story that intimately illustrates the ups and downs of marriage, struggles with fertility, and personal growth both together and apart. Fleeting romantic highs meet crushing personal losses while existential questions of love and living are raised.”

Co-created by Ansari and Alan Yang, season three of Master of None is reportedly inspired by Waithe’s Emmy-Award winning “Thanksgiving” episode. The show has been on hiatus for four years, since Ansari was accused of sexual misconduct. Waithe has remained busy since then, writing and producing Queen & Slim, The Chi, and Them.

Watch the trailer for Master of None below:

Master of None returns to Netflix on May 23.