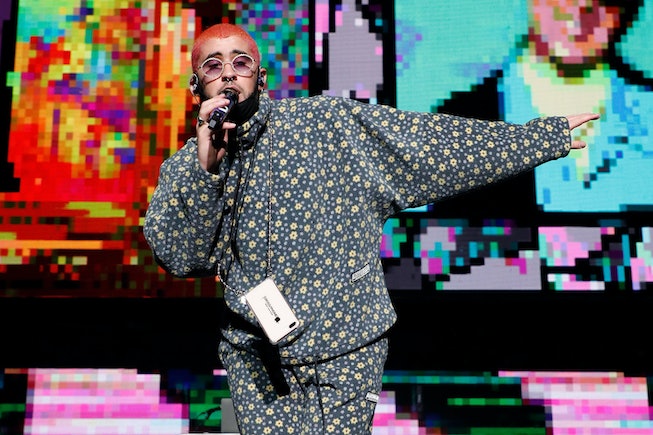 No one's doing Latin Trap like Bad Bunny, and the Latin Grammys are recognizing him for his continual trailblazing. The Puerto Rican star dominated the award show's nominations, snagging a spot in Record of the Year for his explosive single "Vete" and album of the year for his surprise LP YHLQMDLG. He's also nominated in the new category Best Reggaeton Performance for what would have without a doubt been the song of the summer in a COVID-free timeline, "Yo Perreo Sola."

Alongside Bad Bunny are contemporaries J Balvin and Ozuna. Balvin has two chances of winning album of the year for Colores as well as his collaborative album with Bad Bunny, Oasis. Not to be outdone, Ozuna is also doubled up in Best Reggaeton Performance for "Te Soñé de Nuevo" as well as "Si Te Vas" with Panamanian singer Sech.

Bad Bunny recently made the news with his roving, socially-distanced livestream concert which had him performing his heart out from atop an 18-wheeler truck designed to look like a subway car across New York City. El Conejo Malo brought the perreo across the Bronx, Washington Heights, and more as he ducked tree branches and stoplights and inspired fans to chase him across the city.