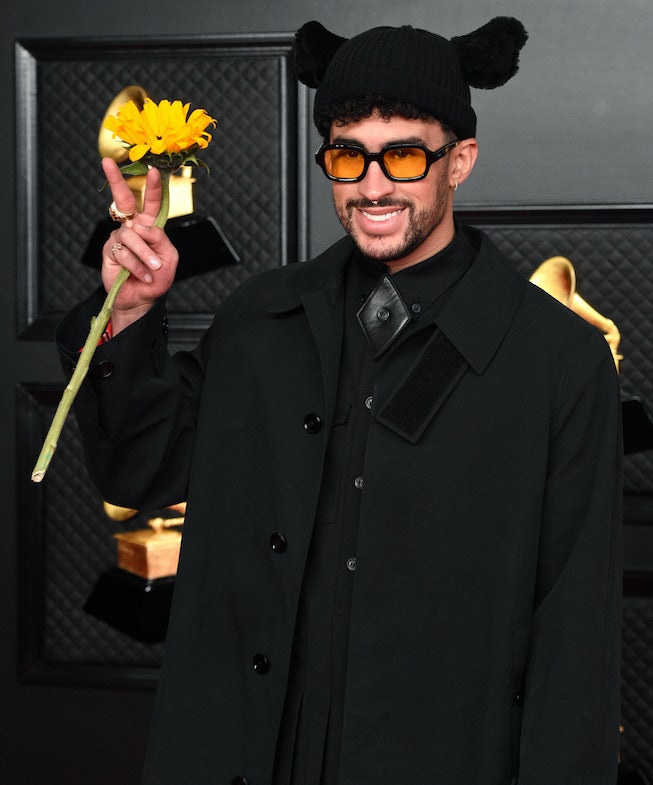 Bad Bunny knows the importance of a bonafide spectacle. There’s only few ways to up the drama after performing a surprise concert on a roving 18-wheeler-truck across the Bronx and Manhattan last year, so naturally the Puerto Rican star is adding a new role to his resumé — Wrestlemania star.

During this week’s Monday Night Raw, wrestler The Miz challenged Bad Bunny to meet him in the ring on April 10. Bad Bunny accepted the feat, but not before bashing The Miz over the head with a guitar. Like I said, the man loves a spectacle!

“You know what? I accept your challenge, bitch,” said the YHLQMDLG singer. “I’ll see you at Wrestlemania.”

Bad Bunny’s love of WWE is well-documented. He’s called himself “a king, champion, Booker T” in his album El Último Tour Del Mundo, has had the titular wrestler himself star in his music video, and performed at the WWE’s Royal Rumble earlier this year. “Performing at the Royal Rumble is a childhood dream come true,” he told Billboard about the performance. “I have been a lifelong fan of WWE and I am excited to take the stage and entertain fans around the world.”

Of course, Bad Bunny took the opportunity to pull some moves himself, including a surprise “flying squirrel” that sends the commentators reeling. It absolutely bodes well for his upcoming match, and you can guarantee that I’ll be cackling whenever they call him “Mr. Bunny.”