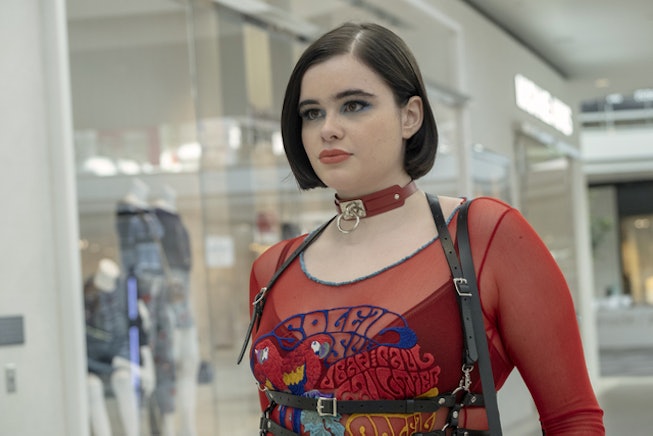 Barbie Ferreira says she will not be returning to HBO’s Euphoria after two seasons. The actress shared the news on her Instagram Story on Wednesday night, writing over a drawing of her character, Kat, by co-star Hunter Schafer:

“after four years of getting to embody the most special and enigmatic character kat, I’m having to say a very teary eyed goodbye. i hope many of you could see yourself in her like i did and that she brought you joy to see her journey into the character she is today. i put all my care and love into her and i hope you guys could feel it. i love you katherine hernandez.”

Season one of Euphoria heavily featured Kat, with a storyline revolving around her finding her confidence by becoming a cam-girl with a domme vibe. Though her nudes were eventually leaked, it didn’t affect Kat in an extremely negative way, as she was empowered by her online persona (pictured in the drawing Schafer made).

Season two, however, was plagued by rumors that Ferreira was unhappy with the direction her character was going in, resulting in her being in few scenes. Kat was mostly on the sidelines this season, watching Cassie and Maddy fight, or having an awkward, contextless, out-of-character breakup with her boyfriend Ethan (Austin Abrams). Fans speculated that Ferreira was feuding with series creator Sam Levinson, as she also did little promotion for the season. However, neither of them ever addressed the rumors, and based on this statement, it seems unlikely Ferreira will anytime soon.