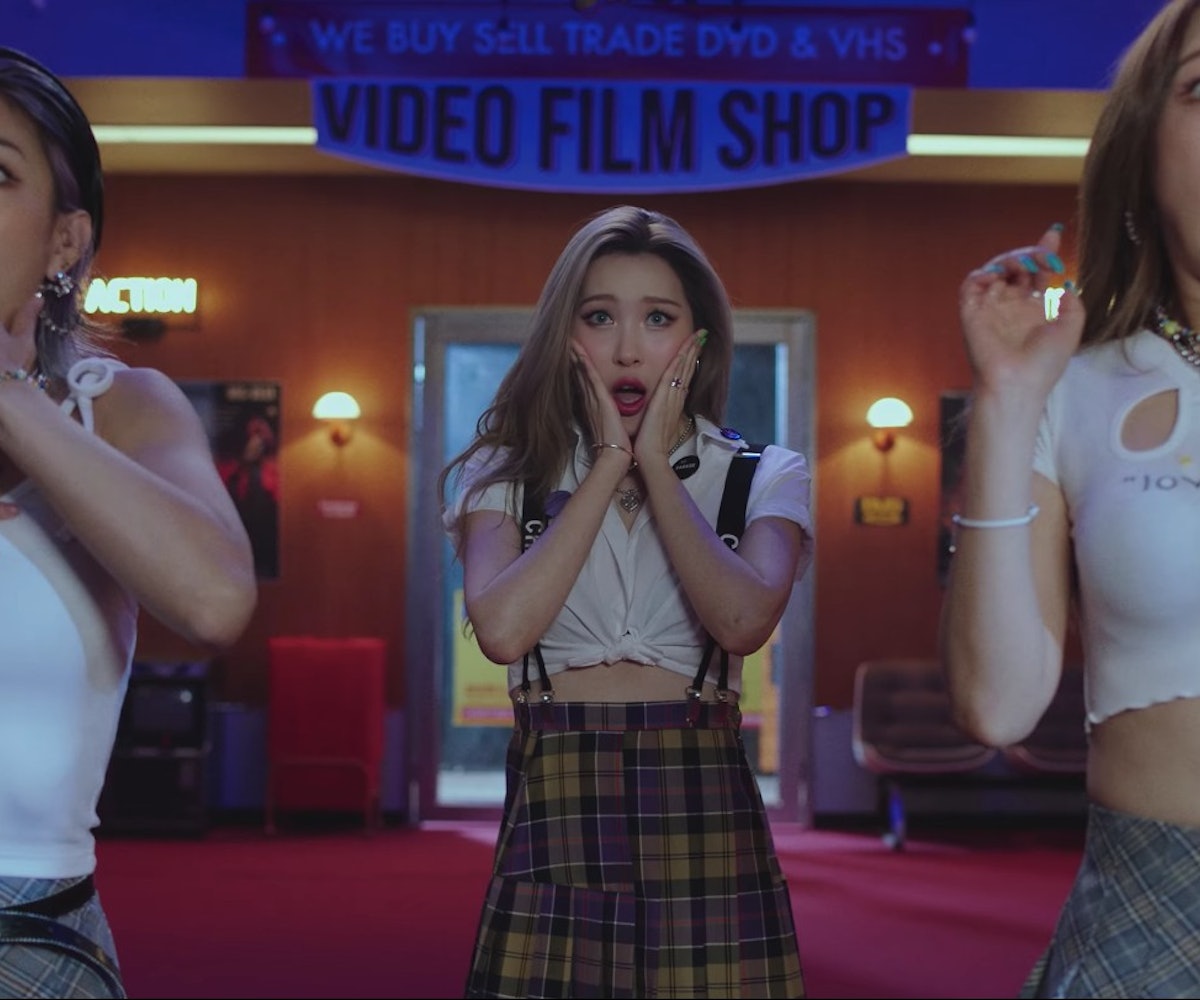 From Lizzo to Kendrick Lamar, this past month saw the return of many big cultural and musical icons, and in turn, the release of some monumental music videos. In this day and age, a shiny new single must also come with an equally as shiny visual to match, and recently, it seems the bar for video excellence is getting higher and higher. It also doesn’t hurt that budgets are also clearly getting bigger as some of the best music videos from August 2021 tested the seams of CGI like Lizzo’s Greek mythology-themed video “Rumors,” and Bella Poarch’s “Inferno,” which played with locusts and flooding.

Elsewhere, the budget was more subtle but still present in Lamar’s comeback video “Family Ties” with Baby Keem, in which director Dave Free combines gritty visual scenes with more surreal elements. In K-pop, the beginnings of a glamorous and bad ass Zombie survival movie could be found in the music video for Sunmi’s “You can’t sit with us.”

Not all videos that caught our eye this past month are big budget productions though; Wet’s video “Larabar” which is comprised solely of viral Internet clips, still managed to move us, though in a strange and unsettling way. Below, check out the complete list of music videos from August 2021 that deserve your attention.

Lizzo made her comeback this month with the entrance-worthy “Rumors.” Directed by Tanu Muino, the rising Ukrainian director who’s gaining steam thanks to her work on “Montero (Call Me By Your Name)” and Normani’s “Wild Side” — the music video is a CGI and aesthetics feat! A playful riff off Greek mythology, the visual is everything you want out of a Big Budget Pop Video: elaborate set decoration, seamless CGI, extreme styling (like Lizzo’s 43.5 foot long braid), and a Cardi B scene, of course!

What can we say — Kendrick always hits the mark with his videos. Directed by Dave Free, Lamar’s longtime collaborator, manager and now co-partner in a mysterious new venture called pgLang, the video has all the expected and great hallmarks: raw grittiness mixed with a side of surreality.

The TikToker turned popstar Bella Poarch is two for two in the video department with the visual for “Inferno,” her latest single. This time, Poarch morphs into a demon summoned inside an elevator and unleashes a plague of locusts and a flood upon the two poor guests trapped there with her; it’s a ride. There’s also a surprise Bretman Rock cameo at the end, which is always a treat.

While some animated videos can be a snooze, Elton John and Dua Lipa’s “Cold Heart” keeps things delightfully interesting by mixing illustrations with some some quirky looking 3D models. Artistically, it’s a stunning feat, though the faces of some of those models will keep us awake at night.

Halsey delivers gothic, Victorian-era opulence and fantasy with their stunning visual for the song “I am not a woman, I’m a god.” Really, it’s just gorgeous to look at —the scene of her standing in the bath as a circle of women swim around her is transcendent — and comes with an intriguing message too about the different ways society treats women.

SUNMI, “You Can’t Sit With Us”

What starts off as a seemingly glam slumber party-themed video quickly transforms into a violent Zombie stand-off in this incredible visual by K-pop singer Sunmi, who was a member of the Wonder Girls. The video for “You can’t sit with us” is outrageous and fully leans into its own absurdity, without losing any bit of that K-pop glamour and style along the way. Impeccable!

We have to agree with the YouTube comment beneath this video that states Spice is making the best videos in dancehall. They’re all so extreme in concept and raunchy, it’s genuinely impressive. In the above, a freak disaster has left only 10 men alive throughout the entire universe and it’s now up to Spice to repopulate the entire galaxy. You can guess what happens next, but it’s better to watch it.

Karol G and Tiesto’s nutty video for “Don’t Be Shy” borrows a page out of A Night At The Museum, in that a museum guard raves with a bunch of museum exhibits at night after they’re mysteriously brought to life. If you ask us, it’s on the same level of greatness as Katy Perry’s “Dark Horse” and AronChupa and Little Sis Nora’s “Rave in the Grave.”

This black and white video for Isaiah Rashad’s song “From The Garden” is all about the cinematography and its visual tricks. The hypnotic visual loop during Lil Uzi Vert’s verse is a particular standout moment, that is probably best experienced stoned and on the couch.

A cryptic edit of a bunch of the internet’s most bizarre, freaky, and strange viral clips makes up Wet’s “Larabar” video. It’s hard to decipher what exactly they’re trying to convey with the video, but one thing’s for sure: being alive in this timeline is very, very weird.