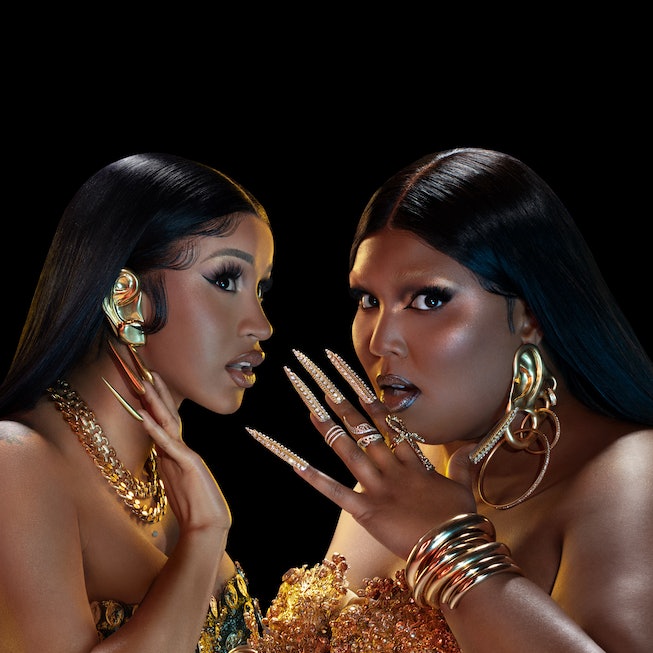 After a two-year hiatus, Lizzo made a rousing musical comeback on Friday with the release of her horns-blazing new single “Rumors” featuring Cardi B, a milestone that should have been a joyous and celebratory moment for the “Truth Hurts” singer and performer.

Instead, on Sunday, just two days after the track’s release, the singer logged on to her Instagram Live to tearfully vent about both fatphobic and racist messages and comments about her body and music that she saw online. “On the days that I feel like I should be the happiest, it just... I feel so down,” she admitted while dabbing away her tears in a bathroom.

“It’s like it doesn’t matter how much positive energy you put into the world, you’re still going to have people who have something mean to say about you,” she added. “And for the most part it doesn’t hurt my feelings. I don’t care. But I just think when I’m working this hard, my tolerance gets lower. My patience is lower. I’m more sensitive. And it gets to me.”

While Lizzo graciously doesn’t call out any of the specific hate comments circulating online, her frustration is likely in reference to the general barrage of fatphobic comments about her weight and body that follows any time she does pretty much anything. (See all the past news cycles for reference.)

On Twitter, one tweet that started gaining traction compared Lizzo to a “mammy” for the white gaze, a racist stereotype in reference to the Black women who took care of white families’ children throughout American history — seemingly implying that Lizzo’s music is made for white people.

Her “Rumors” co-star, Cardi B, also came to her defense on Twitter, stating that the song is “doing great” on all platforms and calling the criticism towards Lizzo “mean & racist as f*ck.”

“Rumors is doing great,” she tweeted. “Stop trying to say the song is flopping to dismiss a woman emotions on bullying or acting like they need sympathy. The song is top 10 on all platforms. Body shaming and callin her mammy is mean & racist as f*ck.”

She continued in response to a now-deleted quote retweet: “But the song is doing great !! On all platforms. When people callin you ‘mammy’ cause your a black woman makin pop music and thousands of people callin you names it gets to you .Your bio says ‘black everything’ I guess it don’t apply to black women emotions huh?”

TikToker Bella Poarch also voiced her support of Lizzo on Twitter: “Sad to see society and the internet come together to try and take down people, especially such positive leaders and role models. This is the part that jades me about the world. We’ll never appreciate greatness until it’s gone. @lizzo.”

And though she didn’t owe anyone any type of response, it was Lizzo who shut it all down best when, after she regained her composure, she ended her video on a note that reminded us why we stan in the first place.

“For the people that’s gonna always have something negative to say about me that has nothing to do with music, or the content of my character, or me as an artist, and just has everything to do with my body or whatever trope you think I fall into, suck my p*ssy from behind,” she said. “Cuz y’all motherf*ckers gonna be the main ones catching up.”