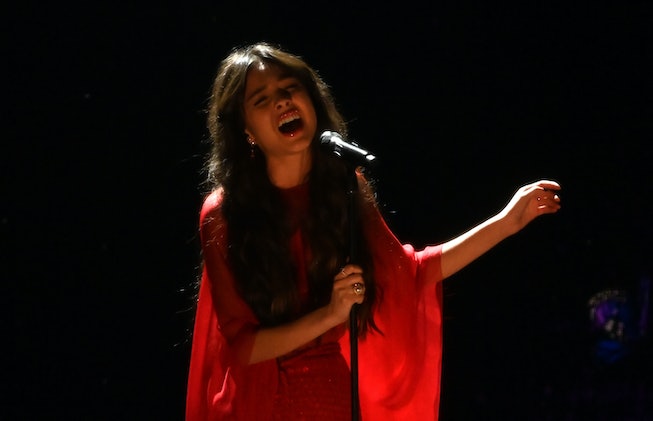 Those who had never heard of the string of words High School Musical: The Musical: The Series were in for a culture shock on Friday, May 21 when the entire Twitter timeline erupted in jokes and takes about Olivia Rodrigo’s debut record Sour. Something about a breakup album birthed from a Disney teenage love triangle spoke to the masses. Perhaps it was the throwback pop-punk bangers, or maybe it was how the lyrics transported listeners back to the sting of their first breakup? On the other end of the meme spectrum were those who asked the tough questions: Who is Rodrigo and why are all the Millennials losing their minds over this record? Below, we’ve gathered the funniest reactions to Sour — from the stans to the haters to the generally confused.

The Drama That Launched A Thousand Memes

The lyrics did in fact hit

There was general confusion at the robust nature of the discourse

And lastly, a new tin foil hat theory is born

NEXT UP
Culture
Spice Girls May Reunite For King Charles’ Coronation
Culture
An Ode To Stripperweb, The Beloved Sex Worker Forum
Culture
Who Won At The 2023 Grammys
Culture
Kareem Rahma Survives A Dinner Party From Hell In “Really Rich Parents” Video
Style + Culture, delivered straight to your inbox.