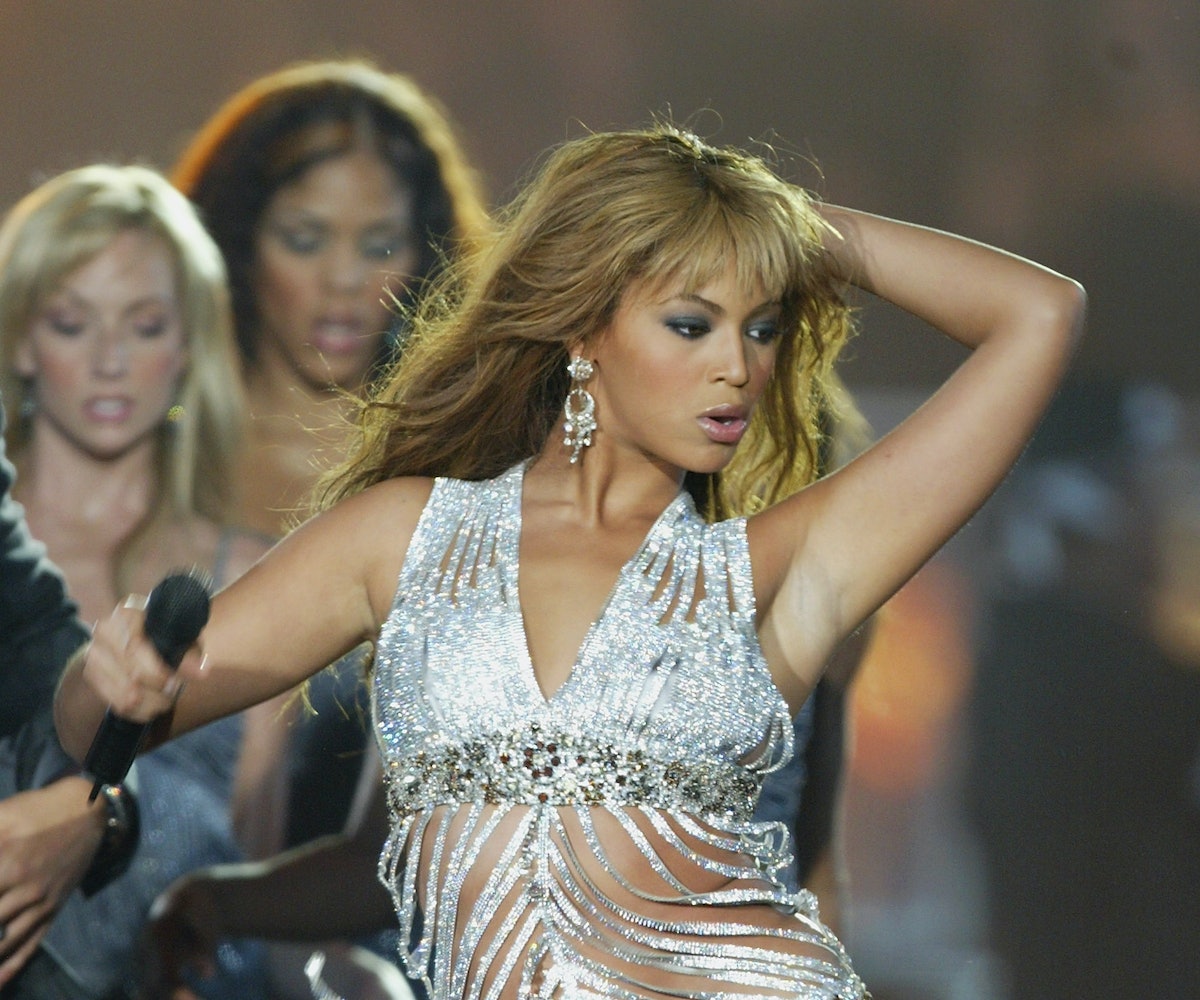 Imagining a 2003 Beyoncé album rollout today is unfathomable. When the singer released her debut solo album, Dangerously In Love, on June 20, 2003, she was 21, already dating her then-boyfriend Jay Z, and still mostly known for her role in the girl group Destiny’s Child. She was ready to make an explosive entrance and prove herself as the once-in-a-generation superstar she knew she could be. She was ready to be everywhere.

Thus commenced a months-long frenzied promotional schedule for the singer’s debut album that ran long after it was released. If it’s near impossible to get Beyoncé to leave her house to promote her latest album, Renaissance, these days — she was virtually inescapable in 2003. Following the slightly turbulent arrival of Dangerously In Love (its release was pushed up two weeks after the album leaked early online— I guess some things don’t change), the publicity reign of Bey commenced in earnest. She appeared on morning news talk shows, late night talk shows, Saturday Night Live, at events in honor of the U.K.’s royal family, at the BET Awards show, VMAs, on MTV’s TRL, at various fundraising events, and much, much more to promote the project. It seemed you couldn’t go a week without photos of Beyoncé rehearsing for shows, shopping in London, or loitering backstage being circulated in tabloids and by Getty photographers. It was a whirlwind of a time, and Beyoncé was at peak pop star duties.

Now, nearly two decades into her career, Beyoncé can top charts without putting in all that extra effort and, to be honest, she’s more than deserved it. Still, it’s fun to reminisce and remember what it was like when she was hot on her A-game. Revisit some of Beyoncé’s most memorable photos from that time period, below.