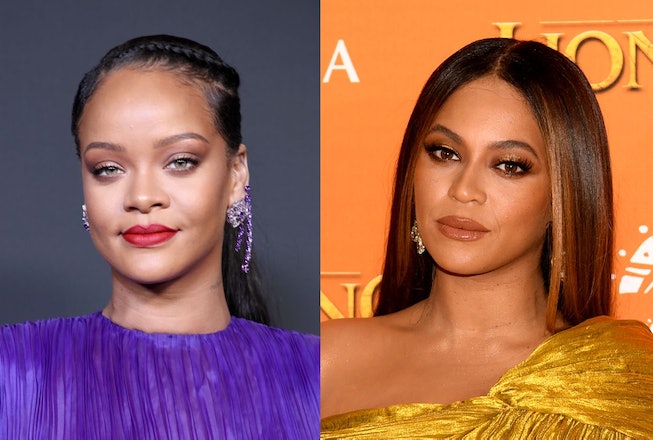 As the Nigerian government continues its violent crackdown against anti-police protestors, Beyoncé and Rihanna are lending their voices to #ENDSARS. Lagos is currently under a 24 hour curfew amid the rising protests, which began earlier this month in response to a video of a man being beaten by the SARS (Special Anti-Robbery Squad) police unit, which is synonymous with police violence in the country. Amnesty International said late Tuesday there was “credible but disturbing evidence” that security forces had shot protestors, with up to 12 deaths reported.

"I am heartbroken to see the senseless brutality taking place in Nigeria. There has to be an end to SARS," wrote Beyoncé amongst the reports of violence. "We have been working on partnerships with youth organisations to support those protesting for change. We are collaborating with coalitions to provide emergency healthcare, food, and shelter. To our Nigerian sisters and brothers, we stand with you."

Rihanna also took to Instagram stories, where she posted a photo of a blood-stained Nigerian flag. "I can’t bear to see this torture and brutalization that is continuing to affect nations across our planet!" she said. "It is such a betrayal to the citizens, the very people put in place to protect are the ones we are most afraid of being murdered by. My heart is broken for Nigeria, man! It is unbearable to watch. I'm so proud of your strength and for not giving up on what's right!"

The Nigerian government announced it would ban the SARS unit, but protestors want more than disbandment and are seeking to end abuses across the police force. SARS, in particular, has been blamed for abuses like torture and killings by human rights groups for years.