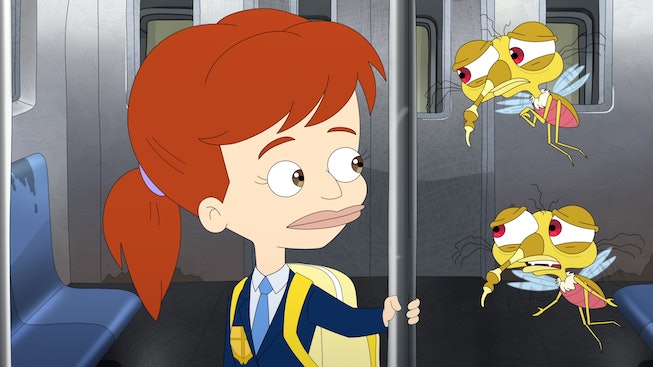 Collectively, we've never been more anxious — young people especially have had to learn how to grapple with the uncomfortable feeling that there's always imminent danger lurking in an increasingly off-kilter world. It's a topic that's ripe for discussion, and Netflix's animated hit Big Mouth will tackle it for its fourth season, which was officially announced on Friday.

The raunchy, raucous show, which follows the excruciatingly awkward ups and downs of modern adolescence, got a new trailer in which Maria Bamford (Arrested Development) plays Tito the Mosquito, an insect that infects the kids of Big Mouth with anxious thoughts. Zach Galifianakis' Gratitoad arrives to help the kids cope with their anxiety as they deal with other adolescent problems like sexuality, identity, and love.

Watch the trailer for Big Mouth's fourth season, premiering on December 4 on Netflix, below: