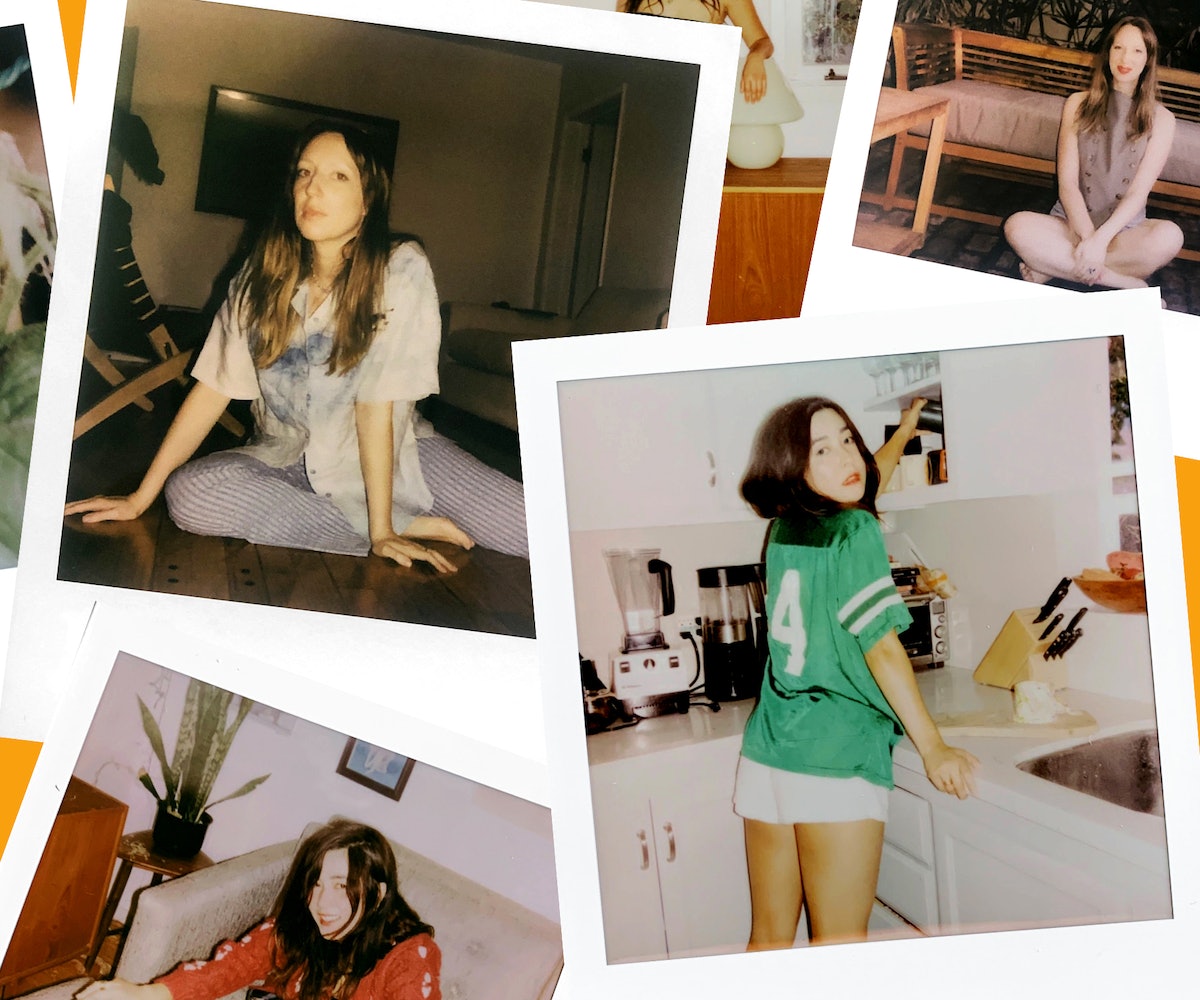 Middle school is a period of extremes: extreme emotions, extreme confusion, and extreme awkwardness. It’s a time when every little moment seems like the biggest deal in the world, so much so that your brain can’t help but catalog every minor occurrence in excruciating detail, leaving you with a veritable treasure trove of deeply embarrassing anecdotes — enough that even Anna Konkle and Maya Erskine can still surprise each other with some.

“I had lots of growth spurts,” Konkle recalls over a three-way Zoom call. “That’s when my nose grew. I didn’t always have this bump. When I was a kid, I thought I had a slope nose, but then when I was 13, my friend’s mom would say, ‘Did something happen? Your nose is bruised.’ It started with a f*cking bruise! My nose was growing and my body was reacting. I’m pretty sure that mom thought something was going on in my home — little did she know, it was just my nose coming in.” Erskine gasps at this new revelation. “How is that something we’ve never talked about?”

The co-creators and stars of Hulu’s PEN15, Erskine and Konkle have found a way to make just this type of mundane yet traumatic tween memory into hilarious (and often heart-warming) television. In the first season, the pair — who, at 33, play fictionalized versions of themselves in 2001, acting opposite actual teenagers — tackled such seminal middle school moments as crushes, first kisses, school dances, and mean girls. In Season 2, which hits the streaming service on Sept. 18, we get to see the girls dive even deeper into their seventh-grade experiences as they make a third best friend, participate in the school play, attend a big sleepover, and even dabble in witchcraft.

Season 2 comes a year and a half after the first season premiered in February 2019, but the premiere episode picks up right where we last left Maya and Anna: days after the school dance where the pair, reunited after a brief fight, were both “felt up” by Brandt (a popular boy and object of Maya’s obsession) in a utility closet. “It was a hard jump [back in] after the finale because so much had happened plot-wise,” Konkle says. “Up until then, our show had been pretty episodic, but we ended it serialized. So, we wanted to begin Season 2 serialized and indulge ourselves in these stories, while still keeping true to PEN15 where every episode is its own chapter. It felt like a good opportunity to let Maya and Anna start with thinking they are on a high and inevitably they are going to fall hard. We wanted to give them an opportunity to grow.” Adds Erskine, “It mirrors Season 1 entering middle school thinking, ‘We’re so hot, I look like Sarah Michelle Gellar,’ and then being called the ugliest girl in school. Now we’re thinking, ‘We hooked up with the hottest guy in school,’ and here comes the fall again.”

The fall begins in the first episode where, outfitted in their best tankinis, Maya and Anna attend a pool party where Brandt denies what went down in the utility closet, leading Maya to slowly spiral. “This happened in middle school and probably in our 20s ("And 30s," Konkle chimes in) of guys gaslighting you and leading you to think, ‘Yeah you’re hot but I don’t want to be seen with you in public,’” says Erskine. It's a plotline that weaves throughout the season, never quite getting resolved as neatly as it might on a traditional comedy — but things don’t get resolved neatly in middle school. “We don’t have a lot of writer’s room experience, so we tend to follow the emotional arcs before anything else,” explains Konkle. “Following Brandt, even though he’s the most *sshole character, that felt most true to us. Someone is going to obsess over that. That’s not a little event. That’s a life-defining event. I remember a friend's birthday in middle school where they rented out a church. I slow-danced with this kid and put my feet on top of his feet and he spun me around. I remember that as my first real romantic moment and obsessing over it. I thought about it 100 times every day. I talked about it constantly. And nothing ended up happening with him. But that was my whole life and identity.” Says Erskine, “Our show is about something that feels so small in hindsight and it’s actually the most dramatic thing in your life at that time. It’s life or death.”

Brandt isn’t the only storyline to roll over from Season 1; Season 2 also tackles some of the show’s more serious plotlines, including Anna’s parents' divorce and Maya’s first interactions with racism, which were highlighted in the Season 1 episode “Posh.” “We don’t do a whole episode this season where it’s dedicated to something like that, but there are moments here and there where [their new friend] Maura says, ‘Your mom has a thick accent,’” Erskine says. “That’s a really small thing, but to Maya, and to me, that was a big deal and I was really offended.” Similarly, we see Maya and Anna continue trying to come to terms with who they are and where they fit in. “When you fall, you want to escape your own identity. It’s a constant search for a new identity,” notes Erskine. “In Season 1, we’re eating lunch by ourselves in the bathroom, and then we see cool girls and think: ‘That’s what we’re going to be.’ It’s the same for Season 2; ‘Let’s be friends with this girl Maura,’ ‘Let’s be witches,’ ‘Let’s be wrestlers.’ They’re all different survival mechanisms.”

Filming for Season 2, which will be split into two parts, with the back half premiering sometime in 2021, was almost fully wrapped before COVID-19 shut down production in March, meaning that by the time they get the green light to resume those last few scenes, the teen actors — with all their growth spurts and changing hormones — may look slightly more mature. “We are going to look a little different, but the kids will look massively different from scene to scene, and I think that’s OK,” says Erskine. “I think that works to our benefit, actually.” Konkle, similarly, is not worried about it — it's nothing they haven’t dealt with before. “There will be a month where a kid all of a sudden has a voice that is 10 octaves lower than it was last month,” she says. “I was doing [re-recording] with Taj [Cross] who plays Sam and I kept having to say, ‘Can you pitch up a little?’ It was probably really annoying.”

Part two of Season 2 will include an episode centered around Maya’s mom (played by Erskine’s real mother, written and directed by Erskine), and will begin with the pair attending a major tween rite of passage: a bat mitzvah. “There were some episodes where we were like, ‘This could get by without finishing those scenes,’ Erskine says. “But we couldn’t not film the big bat mitzvah. We can’t not show it.” The duo stop themselves from sharing any more details on what’s to come from Maya and Anna when we see them next, but no doubt it will be just as hilarious — and as awkward as ever. “There is never a shortage of stories or embarrassing moments or firsts or secrets that happen,” promises Erskine.