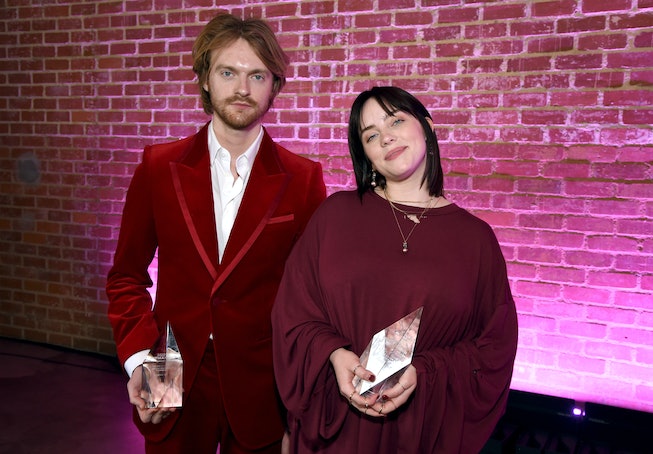 The 2022 Oscar nominations have arrived, and none other than Billie Eilish and her brother Finneas have both nabbed their first nominations for their Bond theme song, “No Time To Die.”

As expected, the sibling duo are nominated in the Best Original Song category alongside other big contenders, including Beyoncé Knowles-Carter and Dixson for “Be Alive” (King Richard); Lin-Manuel Miranda for “Dos Orguitas” (Encanto); Van Morrison for “Down To Joy” (Belfast); and Diane Warren for “Somehow You Do” (Four Good Days). It’s a stacked field and perhaps one of the first years where a Bond theme song’s victory may not be certain.

However, history is in their favor: both of the last Bond theme songs, “Skyfall” by Adele and “Writing’s On The Wall” by Sam Smith, took home the Best Original Song Oscar in their respective years. Plus, one could say the sibling duo did it once already when they took home the Golden Globe earlier this year in the same category, pitted against (most of) the same contenders: Beyoncé, Lin-Manuel Miranda, and Van Morrison.

Reacting to their nomination, Billie wrote on Instagram on Tuesday: “nominated for an OSCAR 😭😭😭 thank you SO much to @theacademy for this nomination!! it was an absolute dream to write a song for a @007 film and i’m so honored that it’s nominated. peak life experience. THANK YOU!!!”

Reiterating those feelings, the siblings wrote in a separate joint statement: “Words cannot describe how honored and and excited we are to have been nominated for an Academy Award for our song “No Time To Die.” It was a lifelong dream of ours to write a Bond theme, and one we never thought would ever come true. It’s completely unbelievable that we are here being recognized for this song, and this is a peak life experience for us songwriters and artists.”

Eilish and Finneas released “No Time To Die” in 2020, becoming the youngest artists ever to record a Bond theme song. They recorded the track while in Texas on a tour bus, Finneas said in a previous interview, with Eilish adding about its release, “It’s a very surreal thing, our lives as a whole. But we’re very grateful for it.” The song, a spare and haunting piano-backed tune about betrayal and being double-crossed in love, was featured prominently in the 007 film of the same name, released in 2021 after several delays.

The 94th Academy Awards ceremony is set to take place March 27, 2022 at its usual spot, The Dolby Theatre in Los Angeles. Alongside Eilish, other notable nominees this year include Kristin Stewart, nabbing her first nomination in Best Lead Actress for her role as Princess Diana in Spencer; Kirsten Dunst for Best Supporting Actress in The Power Of The Dog (her husband, Jesse Plemons, is also nominated for the same film in the Best Supporting Actor category); and Paul Thomas Andersons’ Licorice Pizza getting a nod for Best Picture. Notably, Alana Haim (Licorice Pizza) and Lady Gaga (House of Gucci) are absent from the list. See the full list of 2022 Oscar nominations here.