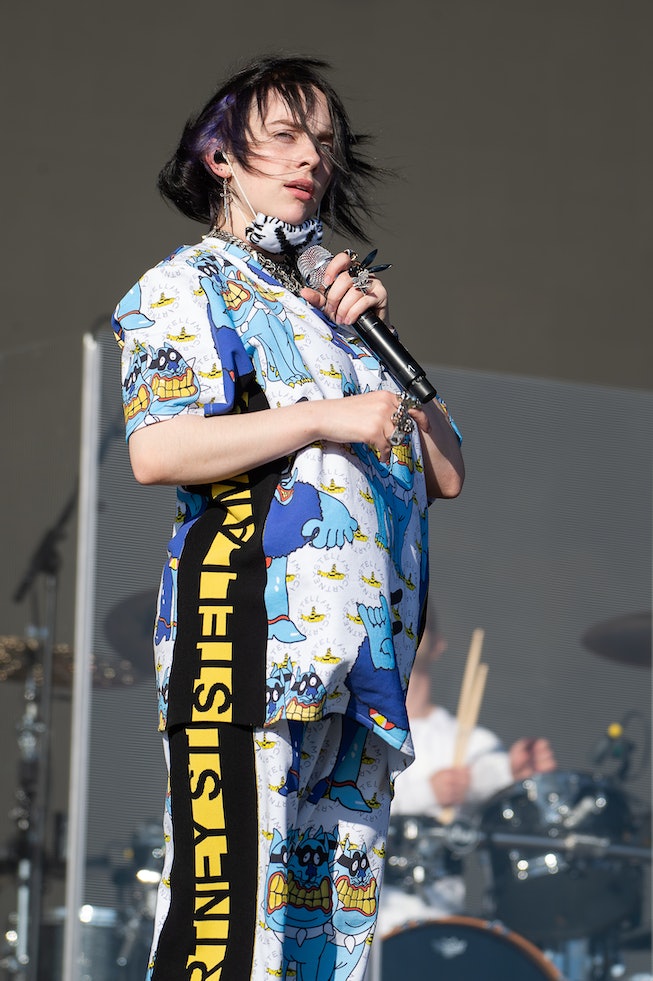 Billie Eilish has seemingly unfollowed everyone on Instagram. Fans of the pop star noticed the change on Wednesday afternoon, speculating that an Instagram post about abusers that she shared to her story (and then deleted) shortly before might've been the catalyst.

According to screenshots captured by fans on social media, the post Eilish supposedly added to her story stated "If I am following your abuser DM me & I will unfollow them." Soon after, Eilish's Instagram page, which initially showed she was following everyone from Justin Bieber, Chris Brown, Lorde and her brother, FINNEAS, changed to saying she had unfollowed all of them. Currently, her Instagram page states she is still following one account, though clicking on it doesn't bring up any profiles, and so is likely a glitch.

Eilish has previously been a vocal supporter of the late rapper XXXTentacion, who was accused of abusing his girlfriend and had been previously arrested on charges including aggravated battery of a pregnant victim and false imprisonment.

Soon after his death, Eilish dedicated the song "6.18.18" — a reference to the day he died — to XXXTentacion at a live show, reportedly saying the track is "about a very powerful person," who "made me feel okay when nothing else did." She later defended the performance in a New York Times interview saying, "I want to be able to mourn, I don’t want to be shamed for it [...] I don’t think I deserve getting hate for loving someone that passed.”

In the past week, several prominent figures in the music and film industries have faced sexual abuse accusations through social media, including Justin Bieber, Ansel Elgort, andYou's Chris D'Elia. See screenshots of Eilish's story below.

NEXT UP
Life
Demi Lovato Slams Child Stardom
Life
Doja Cat's Next Album Is Inspired By 90s German Raves
Entertainment
Who Will Rihanna Bring To The Super Bowl?
Entertainment
Rina Sawayama's "Happier Than Ever" Cover Is A Must-Listen