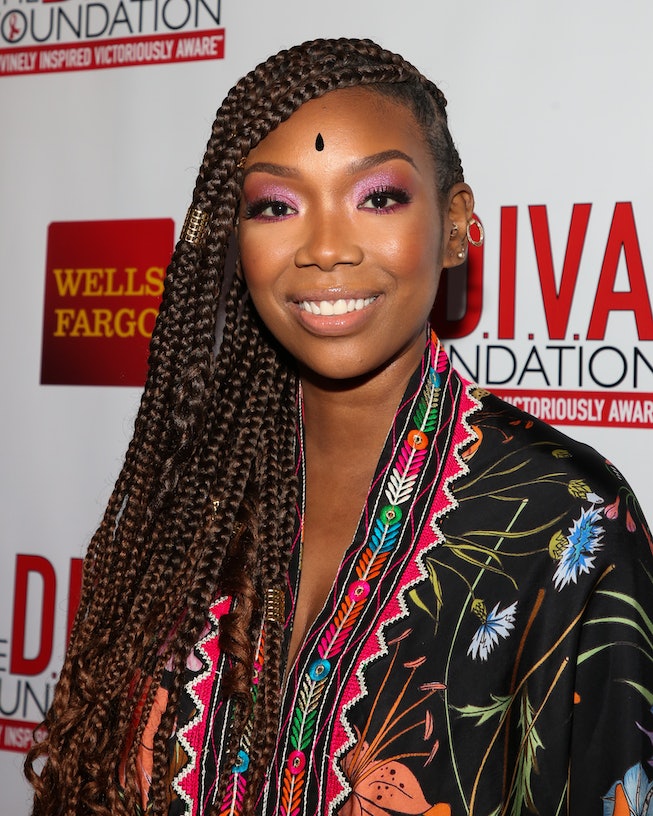 Last week, Netflix's Strong Black Lead account announced that the streaming service would be adding a total of seven classic Black sitcoms to its library over the next few months. The first of these popular comedies to materialize was Moesha, which is currently the sixth most popular title on the platform. The August 1st arrival of the Brandy-fronted NAACP Image Award winner felt kismet in a way, perfectly coinciding with the July 31st release of the singer's long-awaited new album B7. And now, as more people are introduced to Moesha's charms, Brandy has revealed that she "would love" to do a reboot of the long-running sitcom.

Following the life of high school student Moesha (Brandy), her loving family, and her best friend Kim Parker (Countess Vaughn, who would eventually front Moesha's equally popular spinoff The Parkers), Moesha was a mainstay for many Black families in the 1990s, who found much to love about its depiction of a middle-class Black family navigating everyday problems in Los Angeles. And apparently, Brandy felt the same love.

"Moesha really changed my life," the actress and singer told Jezebel in a recent video interview. "Moesha touched so many Black women, Black families, and I would love to see shows like Moesha around in today's time. I would love to do a Moesha reboot."

Later, Brandy opened up about why, specifically, she thinks a reboot of the sitcom would make sense in a 2020 landscape. "I think just where Moesha was going, just being a young Black journalist that really had it together. Even though she had her ups and downs, she was just a positive force. I would just love to see where her life led and where her family is today."

Judging from her words, it seems like Brandy would want to keep the original cast in tact, as well. "I think it would be an experience just to see all of us get back together and see what that would be like," she said. "I think a lot of people that follow Moesha and support Moesha would love to see that, so I'm open to redoing that."

Now, if only Netflix had the power to greenlight this...

Head over to Jezebel to watch the full video.