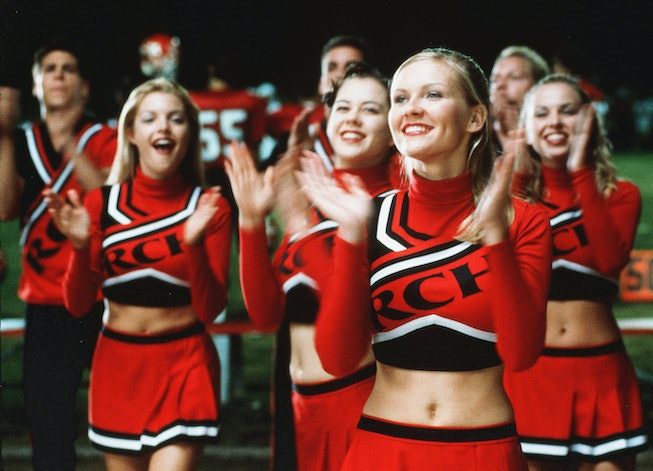 When you think about it, the classic first Bring It On film was actually a story about how cheer was a matter of life and death. Not that anyone died or was actually fearing for their life in the beloved 2000 comedy, but rather that these cheerleaders (particularly the captains, played by Kirsten Dunst and Gabrielle Union) looked at their sport as the most important thing in the world, and were sometimes willing to bend ethical lines to get the attention they thought they deserved.

But what if cheerleading actually was a matter of life or death — you know, in the literal sense? Apparently we won’t have to wait long to find out since Syfy is currently developing yet another entry into the ever-expanding franchise, and this time, it will be a bona fide slasher.

Tentatively titled Bring It On: Halloween, the latest edition to the Bring It On Cinematic Universe will center on “an embattled cheerleading squad held down by restrictive rules," according to a press release obtained by Entertainment Weekly. To escape these binds, the squad seeks out "the freedom of a creepy, closed school gym to practice for regionals." But as is the case with any given slasher film, buildings that are described as “creepy” and “closed” are usually bad news, and naturally, sooner than later, “members of the squad start to disappear” from their abandoned practice space. Eventually, the cheerleaders realize that something is amiss and band together to “unmask their assailant” and “save themselves."

The screenplay for Bring It On: Halloween will be penned by Rebekah McKendry (a horror familiar, who also wrote and directed 2018’s All the Creatures Were Stirring) alongside Dana Schwartz. While not much else is known about the upcoming film — including any potential castings — we can expect the slasher to premiere on Syfy sometime in 2022. Start practicing your routines now!