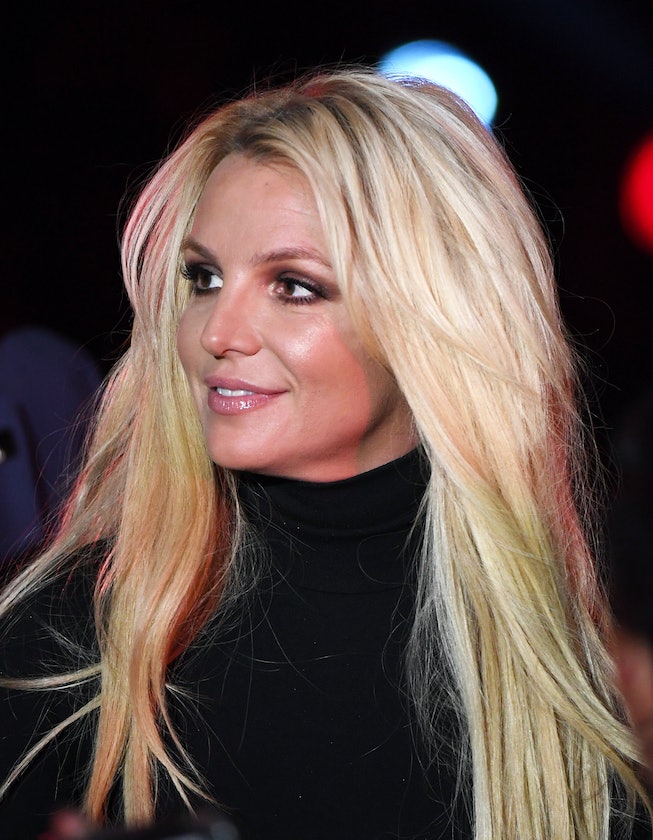 You know what they say: speak now, or forever hold your peace. Ahead of Britney Spears’ wedding to longtime boyfriend Sam Asghari, the pop star’s first husband, Jason Alexander, has done just that, dramatically trying to break up the wedding before being restrained by police.

TMZ reports that Alexander went live on Instagram Thursday as he approached event security at Spears’ home. He can be heard telling a security guard on video, “Britney Spears invited me here. She’s my first wife, my only wife, I’m her first husband. I’m here to crash the wedding.”

The video then shows some sort of struggle before Alexander’s phone freezes.

Alexander and Spears, who were childhood friends, were infamously married in Las Vegas in 2004 during a spontaneous ceremony. Their marriage lasted just 55 hours.

Alexander publicly supported Britney during the #FreeBritney movement, even attending a rally outside an LA courthouse in August 2020. At the time, he told TMZ the two had been in communication.

TMZ reports the Ventura County Sheriff's Department responded for a trespassing call, and are still on the scene. The wedding is reportedly still on for tonight.

Alexander was reportedly arrested last December for alleged stalking and violating an order of protection.

Love is in the air for Britney Spears. The “Gimme More” singer is marrying her longtime boyfriend, Sam Asghari, today.

Page Six reports that Spears and Asghari have planned an intimate ceremony with around 50 guests. Spear’s brother, Bryan, is expected to be in attendance. However the rest of her immediate family – including her parents, Jamie Spears and Lynne Spears, and younger sister, Jamie Lynn — were not invited to the wedding. According to TMZ, a source claimed the pop star was not sure who would walk her down the aisle, and the logistics were still being sorted out.

That aside, the nuptials are rumored to begin this evening at the singer's private residence in Thousand Oaks, California. Further details about the ceremony are still under wraps. It seems the couple is hoping to keep their day as intimate as possible. Neither has shared any sneak peeks on social media yet, but the couple is known to share their happy memories online so keep an eye out.

Spears and Asghari met in 2015 on the set of the singer's music video for the track “Slumber Party.” They started dating that year and have been inseparable ever since. The couple stayed together throughout Spear’s conservatorship, which was terminated last fall. Due to the guardianship's restrictive rules, Spears was unable to marry her partner or have more children until now.

Asghari proposed in September 2021, and the couple has been happily expanding their relationship ever since. Earlier this year, Spears announced that she was pregnant at 40 years old. Weeks later she suffered a miscarriage and explained that she and her soon-to-be husband were still working on having children.

In the meantime, the wedding is fully underway. With mere hours until the big event, we can only hope it goes off without a hitch!