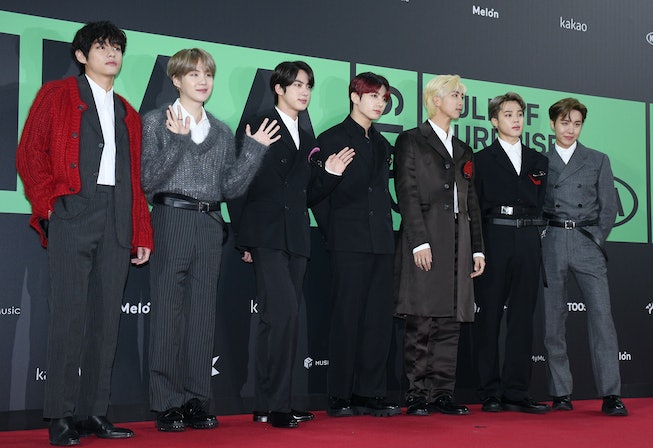 Within a day of BTS and their label, Big Hit Entertainment, announcing that they'd donate $1 million dollars to the Black Lives Matter movement, the BTS ARMY managed to mobilize and match their donation — all in just 24 hours.

BTS and Big Hit announced their hefty donation on Saturday via Variety, sparking the South Korean boyband's fanbase to make a vow to #MatchAMillion. One In An ARMY, a group of fan volunteers that frequently organize fundraising campaigns within the fanbase, set up the main donation page and by Sunday had passed the $1 million mark with $1,007,518 from 34,596 donors, according to their own internal press release.

"We've run big projects before but the amount of support for this project was overwhelming," said a One In An ARMY spokesperson in the release. "We truly didn't know the goal would be reached. We're so proud that ARMY have once again channeled their power for good and are making a real impact in the fight against anti-Black racism."

This follows a week in which K-Pop fans have been flooding white supremacist hashtags and police surveillance apps with "fancams" — compiled short clips of their favorite artist's live performances set to music — and other non-sensical posts, effectively earning the internet's widespread approval. Jordan Peele even voiced his support last Friday, tweeting a heart alongside the hashtag #kpopstans.

That being said, the One In An ARMY makes a point in calling this fundraiser specific to the ARMY fanbase. The money raised will go toward Black Lives Matter, American Civil Liberties Union, Reclaim The Block, The Black Visions Collective, and more organizations. And though the $1 million goal has been reached, the campaign is still open and accepting donations here.