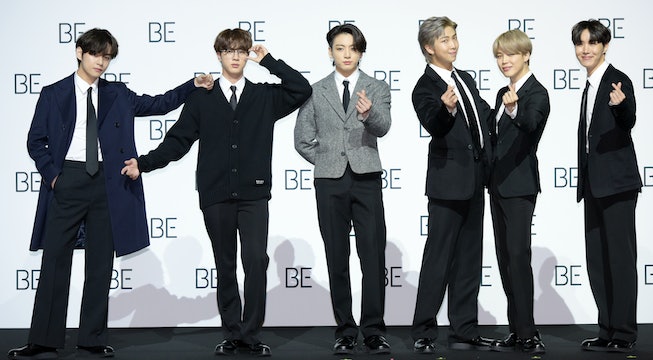 BTS might technically be taking a hiatus, but that doesn’t mean they are done working. The world famous famous K-pop group is officially joining Disney+ and will star in a few new programs for the streamer.

The group has signed on to do three projects, and at least two of them will include all seven band members. Disney+ is producing a taped BTS concert special in Los Angeles, and an exclusive documentary series about the band. A joint statement from Disney+ and HYBE, BTS’s management company, describes the documentary as a behind-the-scenes look at the band members' lives as they prepare for “their second chapter.” The project is expected to debut sometime next year.

In the meantime, Disney is also working on a reality docuseries starring BTS vocalist V. In the Scoop: Friendcation follows V and a cast of Korean A-listers as they try to unwind on a beach vacation. The first teaser was released on July 11th and featured former ZE:A singer Park Hyung-sik, rapper Peakboy, Parasite actor Choi Wook-shik, and television star Park Seo-joon.

The series premieres on July 22nd. Unfortunately, American fans will have to wait a bit longer to watch the show. According to TV Guide, it will only be available on Disney+ in South Korea, India, Japan, Malaysia, Thailand, Indonesia, and Singapore for the time being.

With all these projects in the works, it doesn’t sound like we can expect new music anytime soon, but the band seems to be excited about the change of pace. In a taped recording shared with CNN Business, BTS spoke about their new partnership with Disney+ and said they looked forward to sharing, “a more up-close and personal side,” of themselves with their fans.