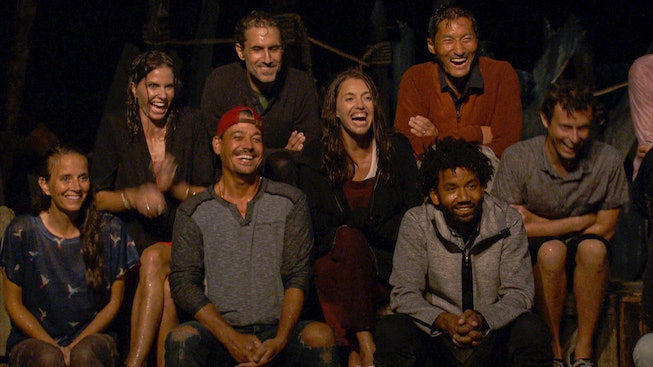 Earlier this year, I gave up watching one of my favorite summertime shows, Big Brother, when it became clear that I might, yet again, be subjected to some despicable displays of anti-Black racism. It's hard to feel alienated from the shows you like most, but in matters of reality TV, particularly those that require building bonds and alliances with your fellow contestants (as is the case for Big Brother), there's a long history of white competitors looking out for one another while actively targeting those that don't look like them. This was the first year I totally checked out of watching Big Brother. But I have faith that it might hopefully be my last, as CBS has now made an official public commitment to ensuring that all future casts for its signature reality shows will contain at least 50 percent Black people, indigenous people, and other people of color.

The announcement follows a tough few months for the broadcast network, which also airs the long-running Survivor and the recent American adaptation of the beloved UK series Love Island. In addition to the issues that plagued this most recent All Stars season of Big Brother, CBS also came under fire for similar situations within the Survivor franchise.

Over the summer, several Black contestants from previous seasons of the popular reality show formed The Black Survivor Alliance, which aimed to "bring light to our collective experience with implicit bias and racism on and off the show." Together, contestants like Survivor: Marquesas' Sean Rector and Survivor: Palau's Jolanda Jones met with host Jeff Probst and several top CBS executives across a series of meetings to discuss possible ways to improve the equity, diversity, and inclusivity of Survivor and reality shows of similar ilk. Amongst other things, members of The Black Survivor Alliance (as well as another group of former Black contestants) pointed to the fact that Black winners (like Marquesas' Vecepia Robinson and Fiji's Earl Cole) have rarely, if ever, been given the same post-win platforms and access that their white counterparts have.

"Television, specifically the Survivor franchise, has a responsibility and the power to represent a more just and equitable playing field as a benchmark of real progress for all people, and not some concession of perceived power or standing that had to be compromised by one group to another," Sean Rector recently told Entertainment Weekly. In a separate interview, Jolanda Jones, who admits to feeling like she was solely cast to occupy the role of "Angry Black Woman, told Entertainment Weekly, "Diverse does not mean the majority of the cast is white with a mixture of other races."

From the looks of it, these calls were heard by CBS and are now, at the very least, being tended to. In an official statement, George Cheeks, the President and Chief Executive Officer for the CBS Entertainment Group, said, "The reality TV genre is an area that’s especially underrepresented, and needs to be more inclusive across development, casting, production and all phases of storytelling. As we strive to improve all of these creative aspects, the commitments announced today are important first steps in sourcing new voices to create content and further expanding the diversity in our unscripted programming, as well as on our network."

And it doesn't stop there. Earlier this summer, the network announced it would be allocating a minimum of 25 percent of its future script development budgets to projects created or co-created by Black people, indigenous people, and other people of color. Additionally, CBS committed to staffing its writers’ rooms with a minimum of 40 percent of diverse voices. Let's hope we start seeing these changes reflect in CBS' programming very soon.