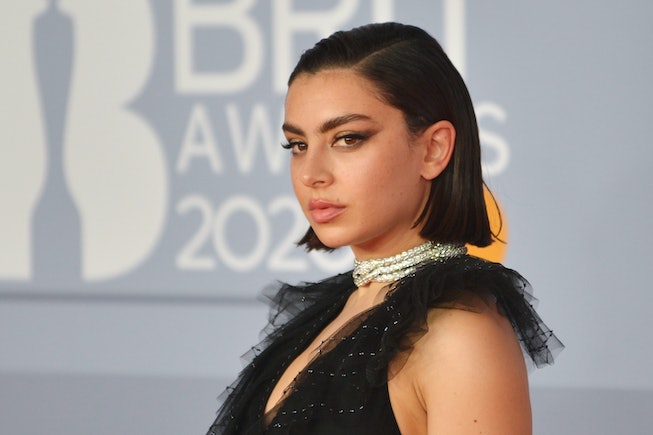 The most prolific figure in pop music hands down is Charli XCX. We knew it wouldn’t be long until the avant-pop singer-songwriter released new music after single-handedly pioneering the quarantine album craze, and now it looks like new music is very much on the horizon.

Charli teased her next album on TikTok (where she’s established herself as a very fun follow) in a comment to a fan: “Next album is gonna be POPTASTIC and I’m feeling very inspired.” Is Poptastic an album name or a signifier to the new glittering realms of seismic pop production she’ll surely bring to life? Only time will tell.

Charli recently formed a supergroup with fellow UK acts The 1975 and London lo-fi musician No Rome, and released their glitch-happy, debut single “Spinning.” Charli and her new collaborators have been longtime admirers of each other’s work, The 1975’s lead singer Matty Healy calling Charli a "f*cking force."

Charli had similarly sweet things to say about the new group. “It’s honestly so cool to have this song with them, I feel like we all speak the same musical language in someway,” she write. “And that language is stunning/exquisite/tasteful and chic.”

Charli is a major fan of collaborations — look no further than her mixtapes Number 1 Angel and Pop 2 — we’re hoping her new music continues on that killer tip.