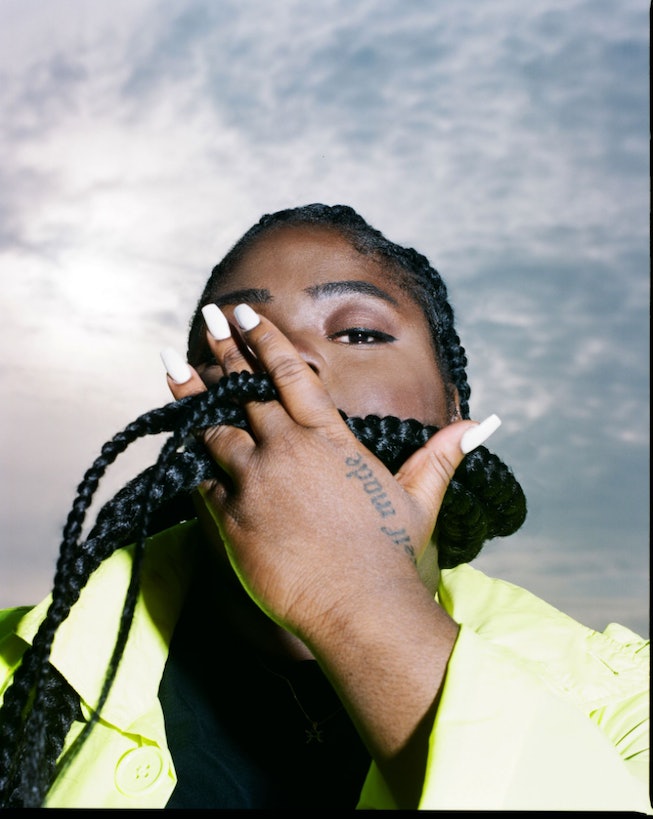 Grammy weekend is just around the corner, and CHIKA has marked the occasion by dropping a brand new EP called Once Upon A Time. The six-track package is the Alabama-born rapper and singer’s first release since her debut EP, Industry Games from March 2020, and includes a feature from fellow rapper BJ The Chicago Kid on opener “Fairy Tales.” The storybook theme touches all of its songs, which flip classic folklore motifs to tell the story of CHIKA’s life — itself a fairytale in its own way; The 24-year-old first-time Grammy nominee will be up for the coveted Best New Artist award come Sunday night.

On the contemplative “Hickory Dickory,” CHIKA takes stock at how much her life has changed since 2016, when a viral video of her putting make-up on while pretending to be white ended up launching her career. “I’m a star now / Them visions don’t feel very far now / My parents was stressing shit/ Worry no more' / Cause your girl got a job now,” she raps over ticking hi-hats and a swirling beat.

Elsewhere on the album, she opens up about her insecurities, and the limitations of her own point of view: “Feel like nobody take me serious / I know it's a couple that’s probably hearing this / They gone wonder if this shit apply to ‘em,” she raps on closer “Save You.”

Despite that, the overarching tone of the EP is still one of perseverance, something she’s had since the start of her career. In an interview with NYLON for our 2020 Pride Issue, CHIKA explained how despite the obstacles in her early life she always knew that she would make it big. “I had to fully convince myself every single day that I worked towards this that I wanted it for real and that it'd be worth it. Now, here I am, and this project is something I'm super proud of,” she said in reference of Industry Games. “I got to tell the story of my craziest year, you know, before 2020. I wasn't even a full-time rapper when I blew up. I had just written my first rap song. So I think I just have to challenge myself as I continue. Luckily, that reflects in my skill, not always in my maturity.”

Come Sunday night, CHIKA’s skill will be up against seven other Best New Artist contenders including Phoebe Bridgers, Ingrid Andress, Noah Cyrus, D Smoke, Doja Cat, Kaytranada, Megan Thee Stallion. The good thing is that there appears to be no beef between any of them; CHIKA, along with four other nominees — Bridgers, Doja Cat, Andress, and D Smoke — snapped a photo together at a Pre-Grammy function on Thursday.

The 63rd Grammy Awards will take place on March 14 and will be hosted by Trevor Noah. It will begin streaming live on CBS and Paramount+ on-demand starting at 8 p.m. ET/ 5 p.m. PT. See the full list of nominees here.