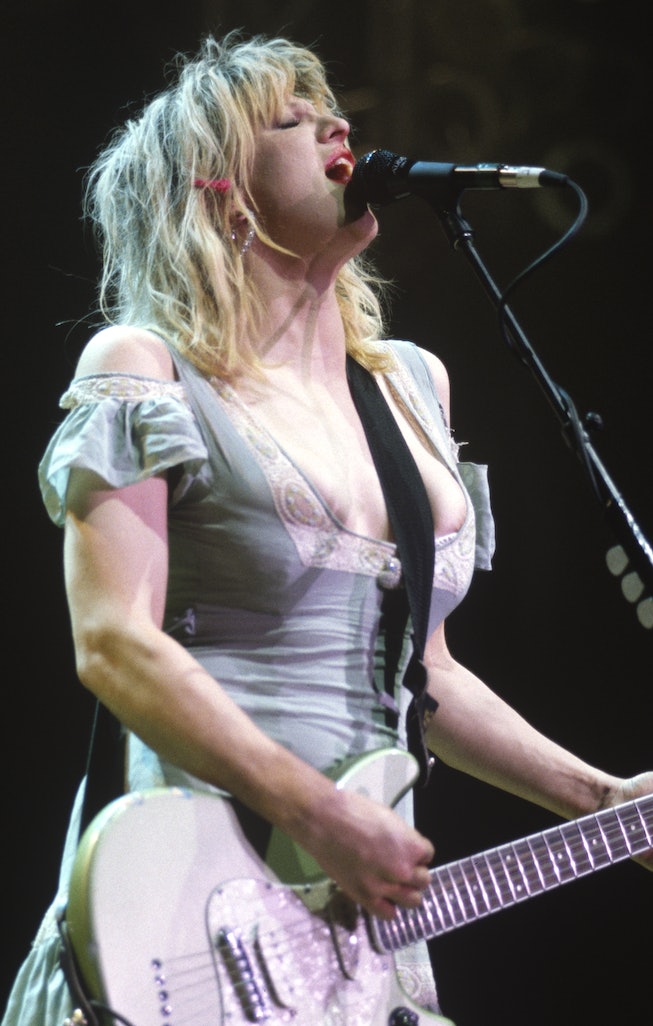 Celebrities are continuing to rally around Britney Spears. Earlier this year, the Hulu and New York Times documentary Framing Britney Spears put many details about her harrowing conservatorship into shocking perspective. Two weeks ago, the pop star gave a particularly passionate testimony to a judge, further detailing, in her own words, every bad thing she’s had to endure under her father’s control. After everyone from Christina Aguilera to Iggy Azealea to (for better or for worse) Justin Timberlake spoke up to voice their support for Spears’s independence, the latest celebrity to join the train is Courtney Love, who expressed her desire to #FreeBritney in the most effective way she knows how — with an emotional cover of Spears’ song “Lucky.”

Love posted her cover of the ballad on Instagram over the recent 4th of July holiday weekend, only using three emojis (two pink ribbons and a bow) in the caption. “Someone asked me what song I was going to cover next,” Love, who has been regularly posting covers onto her Instagram, said at the beginning. After explaining that she didn’t have a guitar player handy, Love asked the audience to bear with her while praising the complexity of the original arrangement.

Of course, this being Love, the cover was brilliant despite her initial reservations. Giving the song a typically Love-ian rock spin, the former Hole lead singer belted through the song’s three minutes, imbuing every word about the silent and hidden pains of fame and stardom with a clear sense of foreboding doom. (In that way, there wasn’t any better choice of song.)

Still, covering this song clearly took a toll on Love. About two-and-a-half minutes into her recording, the singer had to briefly pause to regain her composure. “I’m actually crying,” Love let off with an exasperated sigh. “I fucking hate this when this happens.” Nevertheless, she dove back into the song even more impassioned than before, bringing her cover to a very empowered finale.

Check out Courtney Love’s cover of “Lucky” below.

NEXT UP
Culture
Senators Quoted Taylor Swift During Ticketmaster’s Hearing
Culture
The Madonna Biopic Is Being Scrapped
Entertainment
Samia On 'Honey' & Saying The Ugly Part Out Loud
Entertainment
Gracie Abrams & Gia Coppola On The Joy Of Free-Flowing Collaboration
Style + Culture, delivered straight to your inbox.