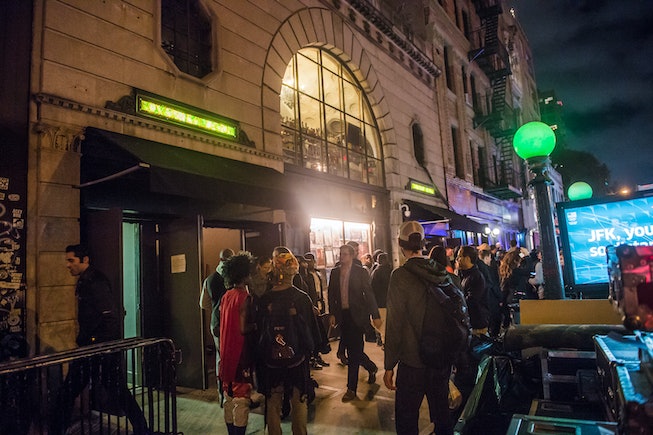 Packed concerts were the first things to be nixed from our lives once the pandemic hit back in March, and there's been barely any good news concerning venues and shows since. Thankfully, there's finally some hope on the horizon, thanks to $900 billion pandemic-relief package that finally was approved by Congress. Within the byzantine bill, there's the Save Our Stages Act, which establishes a $15 billion SPA grant program for independent establishments.

The Save of Stages Act will offer financial relief to venue employees across the country, many of whom have been out of work since COVID safety measures halted shows. Over the summer, New York Senator Chuck Schumer spoke out in favor of such an act as he rallied support in front of Brooklyn venue Baby's All Right. "These venues are so important to my state and so many other states across the country," he said. "They are the lifeblood of our communities. They were the first to close and will be the last to open. This bill gives them a fighting chance."

The National Independent Venue Association, which formed at the beginning of the pandemic and which now represents 3,000 venues, has long been pushing for the Save Our Stages Act. Prior to the act passing, the association estimated that 90% of independent venues would be forced to close permanently without federal funding.