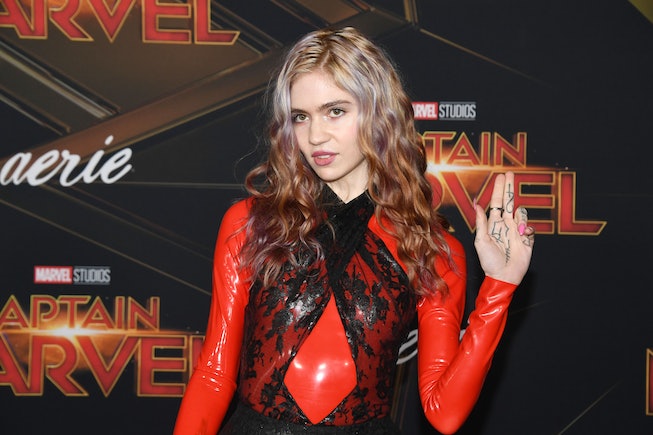 Just in case you don't have an avid gamer in your life, I'm here to tell you that Cyberpunk 2077 is one of the most highly-anticipated gaming releases of the year. But you don't have to pick up gaming as a hobby to enjoy the dystopian hellscape of the fictional Night City — the Cyberpunk 2077 soundtrack is absolutely stacked and perfect to score the remaining days of 2020 and beyond. The game's developers finally dropped new details regarding the behemoth two-volume official soundtrack, which features original music from Grimes, SOPHIE, Shygirl, Run The Jewels, HEALTH, and more.

What's great about the Cyberpunk 2077 soundtrack is that every artist takes on wild pseudonyms to fully flesh out the dystopian fantasy. SOPHIE and Shygirl perform as the duo Clockwork Venus, while Grimes is perfectly cast as “a hugely popular pop star in the Cyberpunk universe” named Lizzy Wizzy. Band names like Gorgon Madonna, Homeschool Dropouts, and Bacillus really set the vibe, which is of course, pure chaos. As reported by Pitchfork, the game's soundtrack will be accessible in-game via radio stations à la Grand Theft Auto V.

After multiple development delays, Cyberpunk 2077 is officially landing on December 10. The soundtracks are set to follow shortly after, with Volume One on December 11 and Volume Two on December 18. See the complete soundtrack below, including each artist's cyberpunk persona to boot.

NEXT UP
Culture
On The List (With Melissa Rich): How To Throw The Ultimate Apartment Party
Entertainment
Gracie Abrams & Gia Coppola On The Joy Of Free-Flowing Collaboration
Entertainment
Bad Bunny, Lizzo, Kim Petras Will Perform At The 2023 Grammys
Entertainment
Brendon Urie Officially Disbands Panic! At The Disco
Style + Culture, delivered straight to your inbox.