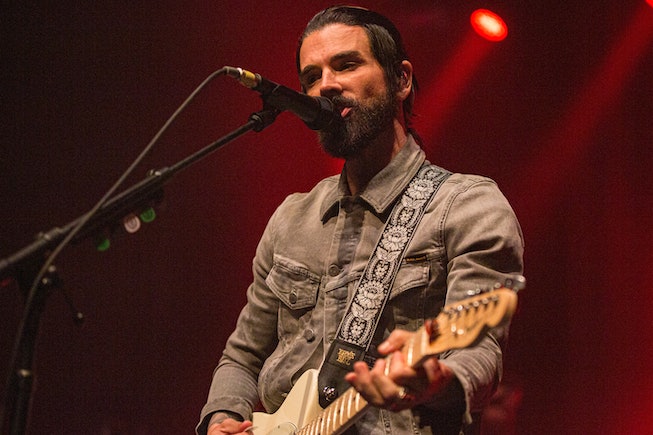 The nostalgia industrial complex never sleeps, and one of its many agents is the emo revival. My Chemical Romance sold out stadium tours, Bright Eyes released new music, and as if on cue, Dashboard Confessional covered Post Malone.

The emo band did a rendition of the 2019 track "Circles," which also happens to be one of the rapper's biggest hits. The song recently broke the record for the most weeks spent in the Top 10 of the Billboard Hot 100, logging a whopping 34 weeks on the list and eclipsing the recording he held through his Swae Lee collaboration "Sunflower."

Dashboard Confessional's take on "Circles" is a B-Side to "Screaming Infidelities" on their new Spotify Singles playlist, and was recorded at at Electric Lady Studios in New York City earlier in the year.

NYLON caught up with Dashboard Confessional frontman Chris Carrabba ahead of the band's The #DC20 Tour, in which they played 2001's The Places You Have Come to Fear the Most and 2003's A Mark, A Mission, A Brand, A Scar in their entirety. Although he was one of the poster boy's for emo back in its heyday, Carrabba asserted that he is very much a happy guy. "The people that walk around mopey don't have a healthy outlet. I do have a healthy outlet for it," he explained. "I think there are people that would really like me to be the character of this sad, sad [character], and they would be disappointed to know that I'm a whole person. But my fans that have been with me for years now, they get it. They get that there's a celebratory nature to what we do." Read the interview in its entirety here.