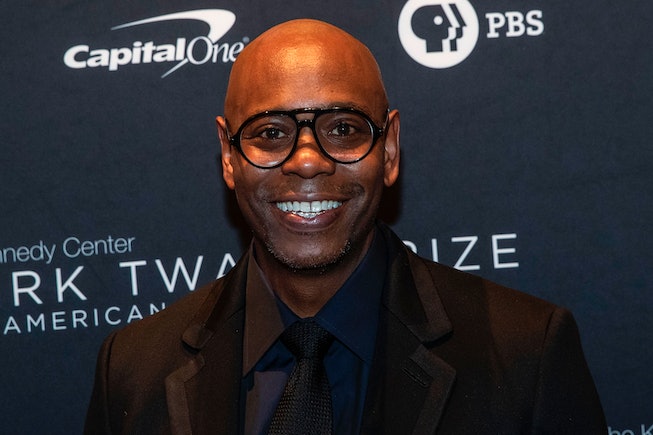 Apparently, attacking comedians on stage is all the rage now. Just weeks after Academy Award winner Will Smith delivered The Slap Heard Round the World when he infamously struck Chris Rock at the 2022 Oscars, yet another comedian has found himself on the receiving end of a spontaneous, mid-set attack. The latest victim: Dave Chappelle.

During a comedy set on Tuesday night at the Hollywood Bowl in Los Angeles, Chappelle was allegedly attacked after an attendee rushed onstage and tackled the comedian to the floor. Thankfully, no one was seriously harmed or injured, despite the assailant being armed with both a gun and a knife. The attacker, now identified as 23-year-old Los Angeles resident Isaiah Lee, was quickly subdued and apprehended by multiple security guards.

Notably, just like Rock, who bounced back from Will Smith’s slap with a surprisingly quick quip about the absurdness of the experience, Chappelle was also quick on the uptake — though the “joke” he made in response was probably best left on the cutting room floor. “It was a trans man,” he said of the attacker’s identity, a clear reference to the recent (and still on-going) controversy the comedian faced after his 2021 Netflix special The Closer found him gleefully spouting off an abundance of transphobic material. The response to that special inspired a widely-publicized uproar within the Netflix walls, sparking several resignations from employees (some trans) and a large-scale walkout from many more. (For his part, Chris Rock, who was there as Chappelle’s opener, came back on stage at one point and joked, “It was Will Smith.”) Ironically enough, Chappelle’s Hollywood Bowl was a part of Netflix’s Netflix Is a Joke Fest.

According to reports, Lee is now in custody. The Daily Beast, who spoke with members of the Los Angeles Police Department, reports that the assailant was arrested on-site before being charged with felony assault with a deadly weapon. He was taken to the hospital following his arrest — presumably for minor injuries — but has since been booked with a $30,000 set bail.

So there you have it, folks! 2022 is all about attacking comedians on stage during their sets. Do it when it’s justified (a man who’s been obsessed with your wife for years is now joking about an illness she feels very insecure about) and do it when it’s not (a motive has yet to be determined for Lee’s attack on Chappelle). But just make sure you’re doing it — at least if you want to fit in!

Check out footage of the attack below.